ISIS and the Foosball Gods 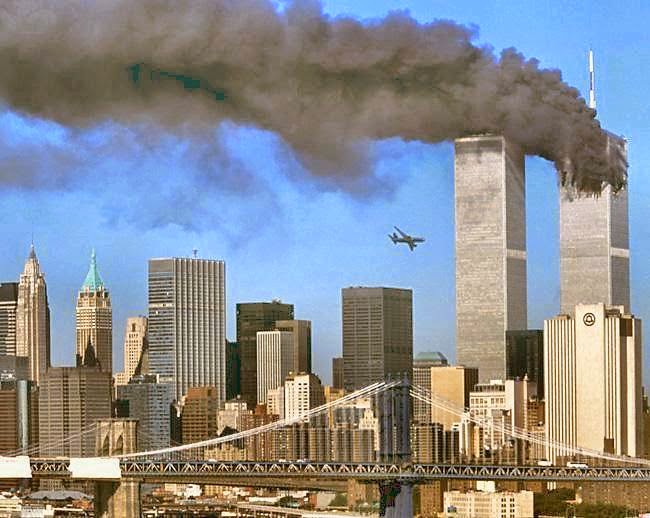 gratuitous photo of plane about to hit building

I generally understood the premise for the war in Afghanistan.  The Taliban were sheltering Al Qaeda.  Either turn them over or we'll be forced to go in and "smoke them out of their holes."  That's a W-Bush line for the ages.  Deserving of honorable mention as it just so happens I recently stocked up on Lonestar beef jerky.  Hands down the best smoke-filled, tangiest flavor of them all.

But when the war shifted to Iraq, I became incredibly skeptical.  And when Bush said, "We'll be welcomed as heroes for freeing the Iraqi people," well... I knew for a fact that he was full of shit.  If there's one constant throughout the history of mankind it's this --- no people like being invaded and no nation enjoys being occupied.  It doesn't require critical analysis of every major war ever fought.  All you need to do is invoke the golden rule.  How would we feel if Iraq invaded us?  Call me crazy, but if Saddam's forces went patrollin' out the crick, I sense the average redneck would cling to their bible, whip out their shotgun and go Haji hunting.

No duh.  It would be fucking open fucking season.

The cold reality of war: after the dust settles, anyone who performs their routine jobs of working with the newly established puppet government (picking up the garbage, delivering the mail, paving the roads, etc.) will be seen as collaborators with the foreign infidels.  Because in the immediate aftermath of a "victory," the enemy becomes multifaceted.  Everybody despises each other.  Societal trust goes out the window and everything descends into, at the very least, a 10 year counterinsurgency.  The think-tank policy "experts" might not tell you.  But uhh, it's called people fighting back.  I don't think this requires a keen understanding of Sunni/Shia politics, Muslim extremism or geo-political turbulence.  It's all just common sense.  We invade + they resist = extended civil war.  Enough said.

I'm certainly not an expert on the Middle East.  Not unlike our commander in chief at the time who received his Masters in International Studies from Taco Bell with a doctorate in military theory from Chipotle.  It was obvious to me that Bush was pretty much an unwitting patsy for the Dick Cheney agenda.  You don't need a degree from Yale or Harvard Business School.  All it takes is a 2 year associates degree from Jackson Hole Community College.  Hey, that's where they teach you about safety issues... like how not to shoot your best friend in the face.

And just to play devil's advocate here.  I'm not some peace-promotin' liberal hippie brainwashed from years of listening to freedom rock...

I do think you can make a semi-rational argument, that at the time (early 2000's), Afghanistan wouldn't have been "enough" for the American public.  It's not entirely unreasonable to view the Iraq War from the perspective of the United States having to send the world a "message" --- we cannot accept or tolerate the possibility of a nation state joining forces or aligning itself with a suicidal terrorist group.  I don't happen to agree with the whole WMD line of reasoning.  But I do understand why it worked.  Once again, trust me.  I get it.  And call me crazy, but I don't think we've seen the last of the mushroom cloud argument.

Enough with the preamble.  Let's just say I recognized the core dilemma with the occupation of Afghanistan and was bitterly opposed to the war in Iraq.  And we'll leave it at that.

So now, there's the Islamic State in Iraq & Syria.  Regrettably, most Americans think ISIS was married to superhero Aquaman and they took their honeymoon on the Nile River.  The rest think ISIS is some new brand of flavored Aquafina.  Just an aside --- worst bottled water on the planet is Dasani.  Tastes like liquified mineral rust.  How ironic.  Get it?  See what I did there?

Anyway, now there's ISIS.  They're being labeled as the most brutal, barbaric, sadistic enemy in the history of mankind.  Hmmm.  Sound familiar?  Does anyone remember the CIA leaking propaganda about Saddam's kids Uday and Qusay?  Assuming the U.S. gubmint is the ultimate conveyor belt of truth, a typical evening for these guys started with them heading out on the town in their twin Lamborghinis, frequenting the hippest Baghdad nightspots.  Then, they'd randomly choose a couple of women from the crowd and have their bodyguards drug them.  Then, they'd rape them.  But the fun didn't stop there.  Such an ending would be anti-climactic.  Finally, they'd go to the Baghdad Zoo and FEED THEM TO THE LIONS!  Not joking.

So first, a disclaimer.  I AM NOT PRO-ISIS.  Department of Homeland Security, do you hear me?  I know you keep an eye out for agitators like myself who try to educate the general public.  Allow me to reiterate.  I do not wish to travel to Damascus.  I have no desire to attend services at the local Mosque.  I do not lay down prayer carpet, kneel and bow toward Mecca.  I am not changing my name from Eric to Abdullah.  I am not going to suddenly embrace a new diet consisting of figs and dates.  Although I do like pistachios and kebabs.

For cryin' out loud, I'm an atheist Jew.  ISIS hates me far more than your average Bob Evans down on the farm, Sugardale bacon-eatin', bible-totin', ark-boarding Christian.  Normally, it would be unnecessary to blather on and on, but DHS and our federal government at-large have entered a new phase --- they like to monitor unruly kids from Omaha, Nebraska who smoke pot and google strange words like "dominipede."

Now here's the problem daddio.  When you make all these anti-ISIS statements, there's a natural inclination for any competent up'n'comer in the NSA to get pretty suspicious.  After all, I just went to incredible lengths to distance myself from ISIS.  What if I'm trying to hide my true feelings and intentions.  What if I'm putting out a black-op cover story?  Why do I get the feeling there's an underground cubicle bunker in Quantico, VA with a group resembling this trio? 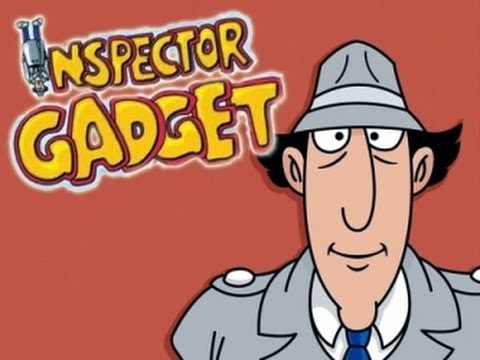 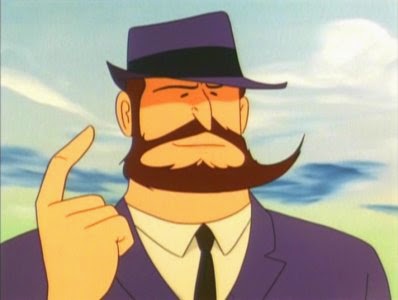 With summer rapidly approaching, it can be very tempting to hang out in the 122 degrees fahrenheit desert with a group of murderous, fun lovin' criminals (underrated song).  After all, the lure of ISIS is strong.  Throw in a sandy hotspot vacation destination like Ramadi or Aleppo and a squadron of tempting, pious virgins.  Hell, you've got all the pertinent ingredients for a top secret bouillabaisse recipe.  And that smells like something fishy!

Fortunately these days, everyone is innocent until proven guilty.  Yeah, right.  And I'm gonna run the Pittsburgh Marathon backwards (Intentional sarcasm.  I just did something yesterday called "reverse bandit."  Probably the topic of my next blog).

So now, I've determined it necessary to offer convincing, undeniable proof that I have no intention of joining the terrorist group ISIS.  This is going to be surprisingly easier than might think.

I recently read a CNN front page article about everyday life under the ISIS regime.  This might come as a surprise, but life isn't really all that unusual.  They offer prenatal care and issue birth certificates.  They have welfare-oriented programs for those deemed less fortunate.  They even have a functional civilian judicial system.  Now unfortunately it's grounded in Sharia.  So if you steal a loaf of bread, they do cut your hands off.  But that kind of shit never happens with their opposition in Saudi Arabia.  The only bad thing happening in Riyadh is when a 70 year old man buys himself an 8 year old wife.  Other than that, living under the House of Saud regime is actually quite pleasant.

Here's where ISIS and I start to go our separate ways.  Let me paraphrase an excerpt from the aforementioned CNN article:

Under ISIS, even entertainment is regulated.  Foosball can be played, provided there is no gambling and the faces or heads are taken off the figurines to prevent idol worship.

Is it just me, or does this ISIS group have an obsession with chopping off heads? 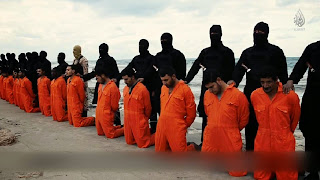 An honest admission.  I have this same exact obsession.  See, when a foosball player dies (gets broken in half due to plastic/pin breakage as a result of repeated blunt force trauma to the torso), its spirit goes to foosball heaven.  But I like to preserve the decapitated remains.  I actually treasure these fallen heroes and worship their heads.  As Worf the Klingon, head of security for the Starship Enterprise, would often claim, "they died with honor... in battle."  So naturally, I believe they deserve to be properly memorialized.  In this case, that means lining up the severed heads on the window sill. 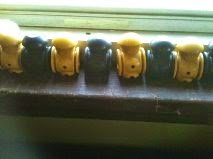 I'll occasionally play with the heads.  I know, kinda morbid. 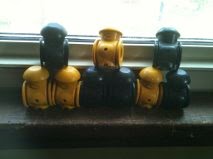 Even the cats get involved.  Here's Tyson debating the fate of each victim.

And here's a silhouette of Kitters licking his chops. 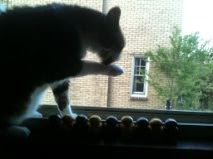 We honor their service by placing these "foos-skulls" on the window sill.  It's critical their headless bodies bask in the sunlight bestowed upon us by the foosball gods --- Ching Wa, Tung Ti and Tongue Twat.  Fuck ISIS.  These are gods I worship.  And I have the evidence to back it up.  Below are the foosball terms taken from Chapter 3 of my autobiography. 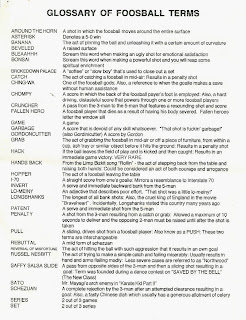 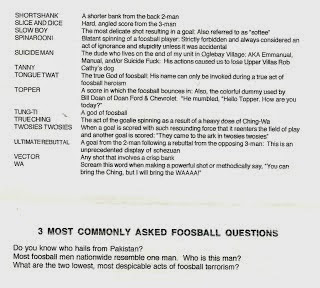 As you can see, I'm not making this shit up.  Everything has been documented with great care and precision.

Please note the three most commonly asked questions in foosball.  These answers have never been made available for public consumption... until now.

1.  Who hails from Pakistan?  Well, that's an easy one.  It's our friend Babu Bott who regrettably got deported, but later reemerged and exacted testimonial vengeance in the season finale.


I like how Jerry is swaying along to the haunting chants of Babu.

2.  Most foosball players resemble one man.  Who is this man?  Well, it's our good buddy from Massachusetts, the late Senator Edward Kennedy. 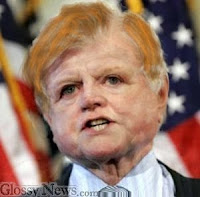 Even the more generic foosball characters have a striking resemblance.  Just take a youthful pic and do the hair-part from the opposite side. 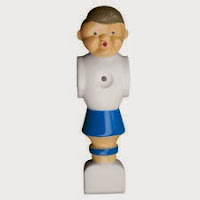 Kennedy has my respect and admiration.  But ISIS probably views Teddy Kennedy like they would any other bastard, heathen infidel.  With seething contempt and unadulterated disdain.

3.  What are the most despicable acts of foosball terrorism?  This answer admittedly has nothing to do with ISIS.  Spinning.  Spinners are the ultimate scourge of foosball.  Anyone who does this shalt be referred to as "spinner faggot" regardless of gender or sexual orientation.  The other no-no is setting a drink or lit cigarette on the table.  But Saf, what about the built-in drink holders?  To that I say, fuck you.  Listen up.  Nothing good can possibly come of this.  So why should it be permitted?

And one other point --- you're also not allowed to kick the table in frustration.  Although I actually encourage it if you're playing barefoot.  As far as I'm concerned, punishment will be meted out by the sturdy butcher block legs of the Tornado Cyclone II.  Translation: I hope you crack your shin and break your toes... asshole.  There is one exception to the rule - if you happen to be playing against one of these karate villains: 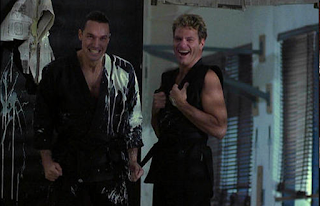 All of this should serve as ample proof that I have no affiliation or connection to ISIS in any way whatsoever.  However, if these intransigent denials still give you reason for pause or suspicion... I've purposely saved this final pic.  No explanation necessary.  Behold!  The foosball cross of purity in all its glory. 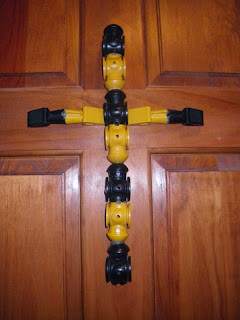