So that's about 16-20 individual interactions with my cell phone per day.  A voice in the distance murmurs, "Saf, you must not be very popular.  I get over 50 calls per day and 46 of them are from my mother!  And I text like all get out!  My girlfriend texts me like 50 times an hour.  And everyone one of them has a ♥ symbol."  To which I respond, "I copy and paste heart symbols like the dickens.  Now, I must die."  But somehow, someway, I will accept my unpopular human status and migrate forward (Obama style). 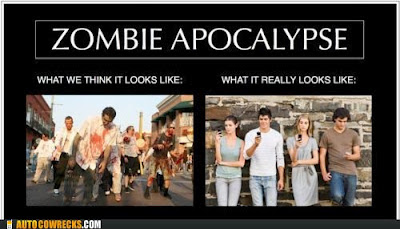 But let me tell ya somethin.   It's causing little Janie her fair share of problems.  She's on that cell phone 24/7.  All day, all night.  It's dominating her entire existence.  The calling, the texting, the googling, the sexting, the voicemailing.  Our beautiful little girl seems to have taken a turn for the worse... and there's absolutely nothing we can do about it.  We've tried EVERYTHING (except removing the offensive cellular appendage, of course).  Little Janie has gained weight.  Her social and communication skills have demonstrably weakened.  She often seems sullen and depressed.  Her grades have slipped too.  And we detected this odd scent emanating from her bedroom.  I'm not sure what it was but I vaguely remember a similar smell when Bob Seger played the convention hall back in '78.  (cue "oh take those old records off the shelf")  And she got her tongue pierced.  I fear her labia is next.  And now we think she might be sexually active and/or trying to get pregnant.  She's acting like one of those wild teens on Maury Povich.  For the love of God.  Someone help us!  We're Janie's parents.  We love her soooo much but we're at our wits end!  Once again, let us reinforce the notion - "WE'VE TRIED EVERYTHING."

I am equally confounded with little Janie's big problem.  In the United States, there are two acceptable response patterns.  First we must seek to demonize Janie's dilemma.  This comes in the form of administering fault and filing lawsuits.  We must find someone who's responsible and sue the living fuck out of them (and their secondary, tertiary and subsidiary representatives).  But before we sue the cell phone companies and their wireless cohorts, we must get Janie the help she so truly deserves.

So I say it's time for a new creation.  I thought of it this morning.  It's a new wonder drug designed to cure Janie of all her cell phone related symptoms.  The anxiety, the weight gain, the disrespect, the mood swings... all of it can be solved with one simple prescription.  Have you heard of this new miracle drug?  It's called...


CELLTAC
I originally named it Cellulex.  But that brand name is already in use.  Turns out that Cellulux is a cosmetic treatment for cellulite and localized fat deposits.  Nice.  Love me some fat deposits.  Fat deposits = underrated.

Gigi suggested Celltac.  I think it sounds better.  Think of it as the new adhd medication, but without all the negative stereotypes.  Any licensed psychiatrist can prescribe it.  I heard they're eventually gonna be offerin' it over-the-counter at Walgreens.  Like I said, it's no big thang.  You just pop a celltac and it helps satiate all those nasty cell phone urges and temptations.  Best of all, it's just like poppin' a wint-o-green Tic Tac.  Honestly, it's not a big deal.

The color of the pill... sea foam green of course.  Hipsters call this color C-foam.  I'm painfully familiar with this color because it's omnipresent throughout my home.  Every square inch of carpet.  Every wall, every closet, even inside the medicine cabinet.  Yep, you guessed it... sea foam green, bitches!  The original owners of the house (the Allens) must have had an affinity for this lighter color  of the spectrum (think of it in terms of vomitized green tea).  And you can even inscribe a miniature "C" on the pill.  Ka-Ching!

This is a billion dollar idea.  I kid you not.  Perfect for any big phar-marketing company.  Of course all the other drug pushing companies will devise their own generic, knock off brands.  But the FDA usually gives the original manufacturer about 3 years of distribution domination.

The beauty of Celltac is in the commercialization and marketing.  There's an inanimate demon cell phone to blame for all your problems.  And everyone has one.  That damn cell phone is the root of all evil.  Not since Hitler blamed the Jews, has there been such a golden ticket.  I'm also reminded of the neo-cons blaming France for all the problems of the world back in 2003.  Anyone remember "freedom fries?" 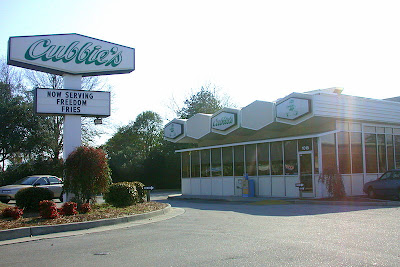 Yeah, Cubbie's.  That sounds like place where I would eat.  Glad they honored our country by putting "FREEDOM FRIES" on the marquee.  Makes you want to stand in the parking lot and chant "USA!  USA!"  That liberty potato shit was so ri-dick, so preposterous, it boggles the mind.  You reflect back and are hit with a combined feeling of nausea and amazement.  Was the American public really that fucking stupid?  Yes.  Yes, I believe they were/was/are.  Trust me, Celltac is the new freedom fry, sans lard.  But it has something else - tremendous long-lasting, money-making potential.  "Freedom fries" were merely a Rumsfeldesque flash in the pan.  Although, it did manage to screw the French government out of billions in arms sales to Saddam.  Now, we supply that shit.  Once again... USA!  USA!  Way to go.

I'm not sure which company is deserving of the new wonder drug Celltac.  I call it a "wonder" drug because I "wonder" who will eventually produce this shit.  For some reason, Astra-Zeneca sounds right.  They just have a cool sounding name.  Way better than Pfizer or Merck.  It's all about the marketing anyway.  You only get a few years with your exclusive patent.  Then the FDA barges in and paves the way for every pharmaceutical company to deliver their own generic knock-off.  In time you'll see the other brands...  Phonifon, Wiretrix or Dialimel.

Need I remind you of the plight of Janie.  Classroom attendance, weight gain, disrespect with a capital "D."  Of course, it's all just low-yield anxiety medication regardless.   So we'll put Janie on the Celltac and hope for the best.  Somehow, somewhere, we'll find a solution to her elusive problems.  Celltac seems like a good place to start.

This blog may have been intended as a joke, but the future of the pharmaceutical industry... it's just all too real.  I've seen the pills for RLS (restless leg syndrome).  "Restless butt" syndrome ain't too far off.  In the Hill District, we call it "Restless Rump" cuz of all that junk in the trunk. 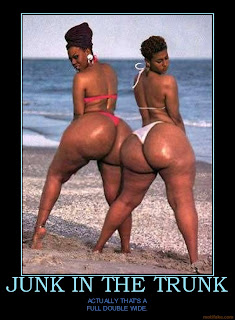 or for my hometown Northern West Virginia audience... 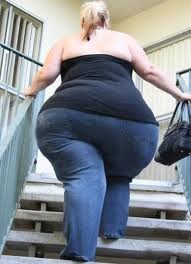