I'm a big fan of the NFL East coast "late starts."  By that I mean games that begin in the daylight and finish on the cusp of darkness.  4:25 pm is where it's at.  It really ads to the atmosphere.  By that I mean it gives everyone the opportunity to get substantially more wasted.

I left Wheeling with plenty of time to spare (noon) and there was still a shitload of traffic on the parkway.  I had forgotten about the giant duck.  What a dignified tourist attraction.  Millions have flocked to the see this historic, floating landmark.  They should name this thing "Flotzilla."  Yesterday was its last day.  Seriously... I say keep the damn thing and stick it near the entrance to Sandcastle.  Here's a pic of Fuzz, Jess and baby Gwen with the aforementioned duck. 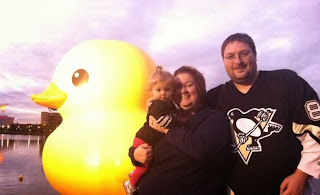 Personally, I prefer my own duck --- His name is Mr. Quackers.  He originally had a body.  Now he's just a head, stuck in the hillside.   Mr. Q was a gift from Ken D. of Australian/Appalachian fame. 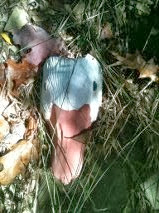 So anyway, Gigi got off work at 3pm and we zipped down to the hood.  Found a dream parking spot and headed toward the stadium.  Speaking of the hood, my hoodie was tangled up in in my coat collar.  So she stops me and decides to fix it right outside Soho.  While fixing it, we ran into this couple who secretly despise me because we always brag about scoring free tickets (while they pay an outrageous sum every year for seats in the 500 peanut level).  Anyway, I felt a little embarrassed.  Gigi was straightening up my clothing as if I were a little kid.  I growled, "Hey... don't embarrass me in front of my friends who hate my guts."  Now, there's a quote you should trademark. 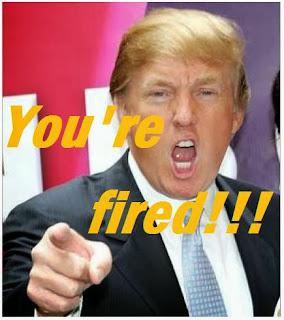 Trump really deserves to be compensated anytime someone uses his line.  He made a great case for this during the 2012 election cycle.  When I think of humble, non-conceited individuals... naturally Trump comes to mind.  Just as when I think of lesbian disciplinarian, dyke-dominatrix overlords, I envision former DHS Secretary Janet Napolitano.  It's the same guiding principle.

So we're looking for a couple freebies.  Gigi's haggling with an older whitey, but to no avail.   I stopped by this Pepsi booth and acquired these free Pepsi Awareness beads. 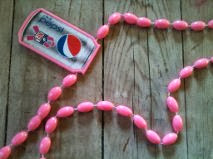 Now that's a noble cause.  I've always thought Pepsi Co. needs a variety of platforms for inseminating their message.  I know... I know... it's supposed to be disseminating.  But when I think of the cola wars, I prefer visions of artificially inseminated beverages (as opposed to those that are artificially generated).

So yeah, we ended up snagging 2 freebies.  Took us about 20 minutes.  Yesterday, we just went with the old school "I WOULD LIKE A FREE TICKET" sign.  I'd say that tickets were "marginally plentiful," but not "relatively abundant" (like the Tennessee home opener).   More than one person accused me of seeking an "Obamaticket."  I may have to start using this term.  And we found a fantastic new place to sit/stand outside Gate A.  It's a black podium of sorts.  And this one guy walking by gave us a bag with 3 ice cold IC Lights.  And this other guy asked us to watch his trash (an empty beer can).  He muttered, "Keep an eye on it.  I'll be back to pick it up later."  Let's just say that I liked the cut of his jib.

What blew us away was the number of women ditching their purses.  Some were trying to hide them in the shrubs.  Others were just tossing them in the dumpster.  It was literally a sea of purses.  Lots of pissed off women.  There was also a strange diminutive, spiky-mohawked greaser bitching up a storm.  He reminded me of a youthful Bowzer from Sha Na Na fame.  He was irate to the point of tears.  Trust me, he was good shit.   Still not sure what he was crying about, but mini-Bowzer brought me much happiness. 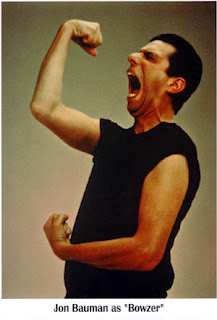 We also had a run-in with a father-son Jew combo.  The dad was trying to stuff a giant bible into the NFL mandated 6"x 12"x 6" clear plastic bag.  The bible was huge.  We inquired as to why you'd bring a monster bible to a football game and he responded that he reads it while his son gambles at the Rivers Casino.  Interesting.  I suggested that he tell security, he needed to bring it in and pray for the home team accordingly.  I imagine the Rooney empire and Steelers organization would welcome the power of prayer.  For some reason, Gigi felt the need to tell him that I was a Jew.  And I felt the need to clarify --- telling him that I'm an "atheist Jew."

So we skipped the entire 1st quarter.  There was just too much strange entertainment going on outside.  When we entered the stadium, Gigi saw a $5.00 bill lying on the ground, but some dude snagged it just as she was making her descent.  However, she did find 2 buttons.  Here is a picture of said buttons along with some kind of white-necked land-cow... 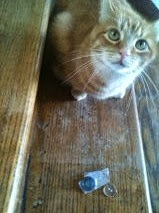 On my Fantastical Football sheet, I predicted a Steelers 16-13 win.  Almost got it.

It's COOPERTINO....CHICKEN CAT...SMOOSH...He is adorable!!! I'm just catching up on some SERIOUS reading.
–Gig