I don't profess to know shit.  But of two things I am certain...

1.  The Steelers will dismantle fucking Norv Turner and the San Diego Chargers.  Take Pittsburgh and the -7.  Chargers coming in for the early east coast start.  Does anyone know Norv's real name?  Well, it's Norval Eugene Turner.  Norval sounds a lot like "boll weevil." 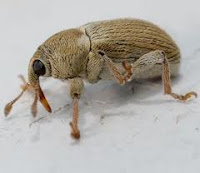 Alright, less of a correlation than I originally surmised.

2.  Of vastly greater importance... the next South Park guys episode will be about the recent Kate Middleton fiasco.

If you're living under a rock, these 2 Australian deejays pretended to be Granny Royale Fuckingham.  So they called the hospital and got direct access to the Princess Kate when she was admitted for hyperemesis gravidarum, acute morning sickness related to her pregnancy.  Anyway, the nurse was tricked by their impression and patched them straight through.  How could she have been so gullible damn-it?  That's right.  Now I'm pissed off.

Anyhoo, less than a day later, the nurse ends up killing herself.  Well, the autopsy is still ongoing,  but I can't fathom someone purposely killing this woman.  Then again, you never know.  In this day and age, the violation of Kate Middleton's privacy could be just enough to trigger a murderous rage in some Manchester United hooligan douchebag.  I despise Man U.  In fact, I think there should be an actual "hate symbol" for these clowns in the social media realm.  Perhaps an inverted or "upside-down" heart.  Seriously, why doesn't this exist?  I've never seen an upside down heart during any of my facebook exploits.  Plenty of regular ones though.

Come to think of it.  They should also have a "broken heart" symbol.  Basically, just this thing... ♥,  but with a shattered crack down the middle.   Perhaps these things already exist.  Either way, I refuse to google something so blatantly faggolicious.

Alright, my point is this.  I can envision these guys

salivating like Pavlovian dogs.  Obviously, there will be a new South Park episode regarding the right to privacy.  I'm going futuristic on this one.  It happens from time to time (A.G.S.).

But here are some specific projections related to this hypothetical episode:

1) Since it's all about privacy, I think they'll incorporate those "dumbshit facebook disclaimers that absolve everyone from any guilt or innocence ever associated with their identity and pictures/writings."  I hate those things.


For those of you who do not understand the reasoning behind this posting, Facebook is now a publicly traded entity. Unless you state otherwise, anyone can infringe on your right to privacy once you post to this site. It is recommended that you and other members post a similar notice as this, or you may copy and paste this version. If you do not post such a statement once, then you are indirectly allowing public use of items such as your photos and the information contained in your status updates.
PRIVACY NOTICE: Warning - any person and/or institution and/or Agent and/or Agency of any governmental structure including but not limited to the United States Federal Government also using or monitoring/using this website or any of its associated websites, you do NOT have my permission to utilize any of my profile information nor any of the content contained herein including, but not limited to my photos, and/or the comments made about my photos or any other "picture" art posted on my profile.
You are hereby notified that you are strictly prohibited from disclosing, copying, distributing, disseminating, or taking any other action against me with regard to this profile and the contents herein.
The foregoing prohibitions also apply to your employee, agent, student or any personnel under your direction or control. The contents of this profile are private and legally privileged and confidential information, and the violation of my personal privacy is punishable by law. UCC 1-103 1-308 ALL RIGHTS RESERVED WITHOUT PREJUDICE

Are the collective minds surrounding me really that easily absorbed?  Enfeebled?  Uh... yeah.  That's an affirmative.

2)  I've been trying to think of who would be involved in the actual medical emergency.  Just who would be admitted to the hospital?

A.  Could be Cartman's Mom.  For those who've forgotten, Mrs. Cartman is actually his father.  She's a hermaphrodite.  I wonder if I personally know a hermaphrodite and am unaware of it.  Never really thought about it before.  I know a couple of androgynous individuals.  I'll settle for that. 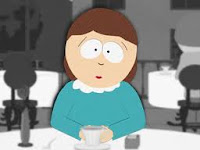 B.  Mr. Slave might be transported to the hospital.  This has strong potential.  Featuring the rodentous return of Lemiwinks, his rectal confidentiality would be severely compromised.  Throw in a concerned Mr./Mrs. Garrison and the support of his/her students.... there you go, that's an episode.

Anyway, those are my three hunches.  Just thought I'd put myself on record.