After having written 2 books (sonofsaf: odd oh biography and Dominipede: Book of Fear), a haiku, a limerick, a full length feature poem, an incorrigible song, a crude you-tube documentary, or as I like to call it, a you-crudumentary, along with 50+ comprehensive articles...

if this post doesn't go viral, my writing skills must really suck. 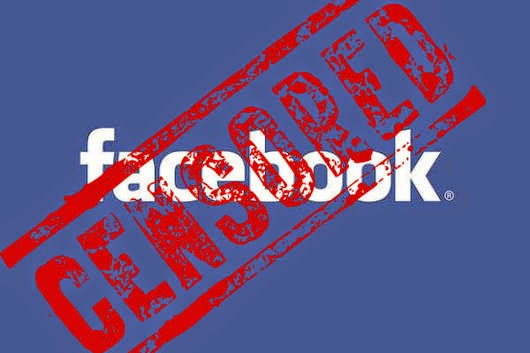 On November 4, 2014, my facebook account was frozen.  It could be viewed but not accessed.  It existed in this unusual state of limbo.  None of the features were operable.  Keep in mind, this account was active for almost a decade.  Then suddenly (on election night no less) the page went kaput.

So why did this happen?  The explanation will fascinate you because it defies comprehension.

First a little background.  For the past several years, I've worked in the field of crowd management and stadium safety.  I've been trying to persuade the NFL to explicitly warn its fans...

that in the unlikely event of a stadium emergency evacuation, a legitimate order would NEVER be delivered via their personal cell phones.

This isn't really top-secret information.  Any competent incident commander would agree.  Standard procedure dictates using the public address system in tandem with the video monitors: to present a clear, unified directive.  It's not up for debate.  The same thing goes for motor speedways, ballparks and other large venues.

Nine out of every eleven people haven't given this matter much consideration.  Most fans don't discuss the intricacies of emergency evacuation protocol.  Seriously, maybe 3-5% tops.  But at the same time, this is a generic public safety issue and people are being left dangerously in the dark.  The Second Amendment affords everyone the right to defend themselves.  This includes both knowledge and situational awareness.  Think in terms of dialing 911, "stop, drop and roll" or "look both ways before you cross the street."  Those broken bat/foul ball disclaimers on MLB ticket stubs didn't just magically appear out of nowhere.

My chief concern is the possibility of someone trying to maliciously induce a human stampede.  I won't delve into all the specifics, but the current state of wireless technology offers a variety of ways to spread false information (deliberate misuse of alerts and opt-in notification systems, bulk text messaging, robo-calls, facebook posts, retweets, etc.).  New hacking scandals surface on a daily basis.  At a bare minimum, it's reasonable to conclude that something like this will one day be ATTEMPTED.  From a risk management perspective, it is disproportionately naive to think otherwise.  With the exception of prayer, there are no contingency plans.

I won't drone on and on about crowd dynamics, line-of-sight theory, wireless connectivity or architectural codes.  Evolution ain't real dagummit, but I can assure you of one thing... herding instincts are alive and well.  And with 50,000 - 100,000 personal mobile devices in every NFL stadium, let's just say I'm worried about the modern technological equivalent of someone shouting "fire" in a crowded theater and we'll leave it at that.

Now here's the bizarre reason facebook banned me.  It's all because I posted a question.  And this question must have scared the living hell out of somebody.

I suggested that IF enough fans received panic-laden threats or credible evacuation orders from their cell phones, the hoax could result in a crisis.  Simply put, if lots of people suddenly and aggressively moved toward the concourses and exits, it could conceivably trigger an artificially generated stampede.  And it might not be an isolated incident.  Depending on the level of sophistication and intent, it could be a dominipede (multiple, simultaneous stampedes likely impacting the NFL 1 o'clock slate).

Now let's stop and take a deep breath.  I realize this is a difficult subject.  It's not for the faint of heart --- people being crush asphyxiated or trampled to death, the concept of weaponizing a human stampede and the acknowledgment of an "undiscussable" asymmetric national security issue.

But that's NOT what got me banned.

At some point in this whole mess, I mentioned that facebook would be held LIABLE.  Think about it.  If the scenario I described were to happen, common sense dictates that millions witnessing the event would immediately dive fingers first into their computers and smart phones.  Everyone's a reporter these days.  They'd certainly make comments on social media platforms.  And what's the biggest one?  Well... it's facebook.

I'm deeply worried about facebook's real-time information delivery system "backfiring" on humanity.  News of a human stampede during a nationally televised game would spread instantly, exponentially and in a dangerously decentralized manner.  Good news travels fast but bad news travels faster.  Is it naive to think that the breaking news wouldn't immediately find it's way to people in other stadiums?  And while I can't speak for everyone... if someone I trusted (like my sister or wife) was screaming at me to get out of the stadium, I'd hastily take their advice.  Especially if I saw others in a state of confusion and distress.  I'm not an authority on "fight or flight" instincts but I do know one thing.  When people see people panic, they panic.

There are thousands of people who work for facebook.  Hundreds of millions use the site on a daily basis.  I am not the only person on the planet earth who has ever thought of this.  However, I might just be the only person to have ever forced the debate (on facebook, no less).  My irrefutable concerns must have touched a nerve somewhere in their corporate hierarchy.  I'm 99% certain that when I brought up notions of culpability and liability --- it raised a red flag and triggered a day of reckoning.

So let's assume facebook went into damage control mode.  What's the next logical step?  Let me give you a hint.  It's called trying to silence the "civilian internet whistleblower."

I had already demonstrated a penchant for making disparaging remarks directed at high profile individuals (Roger Goodell, NFL ownership, etc.).  With the Zuckster's live Q&A session rapidly approaching on 11-6-14, that's what earned me the temporary facebook freeze (11-4-14 through 11-8-14).  His employees were worried that my line of questioning had been gaining traction.  So they circled the wagons in order to protect their beloved leader, a/k/a the zucchini burger.  And who can blame them?  He has made them all millions.  Seriously, Zuckerberg's a sharp guy.  I think it's extremely unlikely that he's never considered, or at the very least, been briefed on something of this nature.  Same thing goes for the NFL, NCAA, MLB, FCC, FBI, DHS.  That's a lot of big acronyms.

Society is currently witnessing the evolution of information being used as a weapon.  Does it all just magically stop at the brink of disparaging political ads, hurt feelings and financial loss?  Or does it go one step further with a "black swan" event?  An unfathomable but preventable tragedy.  Like I was saying, situational awareness is a hot commodity.  And so is transparency and accountability.

So here's what I'm asking.  In a strange way, pleading.  Try sharing this post, preferably on facebook.  How's that for irony?  Let's shed some light on this inevitable collision between humanity and technology.  Let's use facebook's "raison d'etre" against them.  Take me down to the Paradox City where my ass is clean but the info's shitty.

Some of this might sound a bit conspiratorial, but trust me on one thing... people are suckers for the truth.  And the truth is on MY side bubba.  Adding insult to injury, Zuckerberg held that public "ask me anything" seminar on 11-6-14.  I would have asked him, "Considering facebook's decentralized, real-time information dissemination platform, do you think the company would be held liable in the event of an artificially generated stampede?"  Instead, he got a challenging question about why he wears the same color t-shirt every day.

The timing of my deactivation strikes me as absurdly coincidental.  Here's an amusing question.  What if facebook witnessed a spike in the number of hits on this post?  You gotta wonder if they'd intentionally suppress its traffic.  That could spiral into a really embarrassing, anti-wireless paper trail.  Kind of a bizarro info-dilemma.  Facebook might have the capability to algorithmically censor an individual but they cannot ban freedom of speech.

When it's all said and done, this really ain't that complex.  I might be some kind of yinzing yokel, but I know for a fact that the NFL doesn't evacuate via cell phones.  And they know it too.  Fortunately, the government and private industry are infallible.  They would NEVER put greed and self-interest above common sense safety measures and the welfare of the general public.  Breaking news: this is about plausible deniability, foreseeable litigation and the lose-lose proposition.  Sound familiar?

The current path is unsustainable.  Awareness without action is worthless.  Like daytime talk show host Dr. Phil often says, "You cannot change what you don't acknowledge."  It all comes down to a simple premise.  You either maintain the status quo and wait for a disaster OR you take moral action and just tell people the truth.  As you probably surmised, I'm pulling for the latter.  Who knows?  You might just help prevent a future cataclysmic event, hypothetically speaking of course.

Dr. Phil also sometimes remarks, "Look, this situation needs a hero."  Well... here's your opportunity.  You can be that hero.  If this post goes viral, a lot of wealthy, powerful people are going to have answer a lot of "unknown questions."  So if you're one of those people who likes to stir the shit, just hit that share button.  It could end up being one of the biggest clicks of your life.

"There are risks and costs to action. But they are far less than the long range risks of comfortable inaction." - JFK