On social media, it's the quickest, simplest way to offer evidence that you're an intellectual.  Of course the vast majority of people don't make up their own.  They see them and do a quick drag and drop.  You needn't demonstrate any mental capability whatsoever.  No cognitive reasoning.  No writing.  No creativity.  Just regurgitate some other person's creation.  Hey, why not?  It's easy and you'll likely be praised and congratulated by your circle of friends.  Wow, so and so really encapsulated exactly what I was thinking.  He/she is really at the top of their game on facecrap or twitshit or whatever.

Even though there's no profit to be had, the incessant re-posting of other people's thoughts is definitely a form of plagiarism.  This phenomenon has become so predictably popular that I think it deserves a name of its own.

The most heavily recirculated one is probably the Gene Wilder Willy Wonka meme.  The "oh god, you're sooo naive" sentiment.  Let's be honest.  That dreamy Wonka meme works for just about anything imaginable. 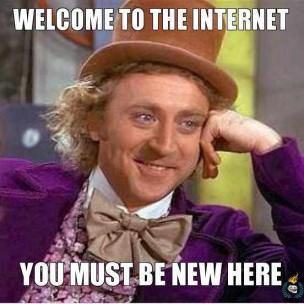 Kenny Rogers, Dr. Evil, Grumpy Cat.  It's intriguing how some of these characters have taken off.  While others memes get flushed down the virtual cyber-commode.

My personal favorite is "suspicious black kid" from rural Nigeria or wherever. 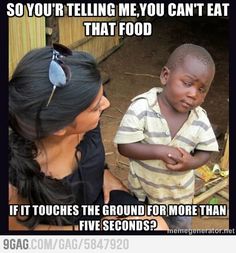 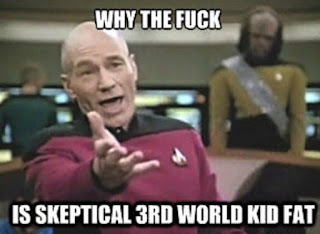 So yeah, memes are all the rage.  I've created about a hundred or so.  Mostly regarding the Sopranos, the NFL, politicians and various faith healers/televangelists.  I just believe that this ongoing ritual deserves a name of its own.  Once again... plagiarism + meme = pleme.

Plenty of new words appear every year.  Brexit, twerking, google, the list goes on.  Just thought I'd throw it out there since I think the concept has merit.

Let's call the whole thing off.


During the yuletide season, as the spirit engulfs me like a Pittsburgh sinkhole, I often think about my dear friends... the god damn Chrisagis Brothers!  What the fuck is up with that coon seducing rat-tail on Brian?  There's good and there's not good.  That is not good. 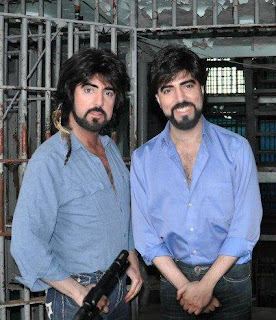 Anyway, I overheard a little ditty on AM radio and it got me to thinking of our Tiltonsville Titillators.  They really do titillate!  Well, at least my nipples get hard.  Can't really speak to the nips of others.

Do you recall when I led a scorched earth campaign to get every good, god fearing Christian in God's country to say "Chrisagis" instead of "God Bless You?"  You will not respond to a sneeze with "Gesundheit."  You will reply with an obligatory "Chrisagis"... and you will enjoy it.

So anyway, here's the refrain (based on the Potato, Potato... Tomato, Tomato... let's call the whole thing off).

Every time your heart skips a beat!

More lyrics to come.  Might debut it at the Del Boca Vista Christmas party!