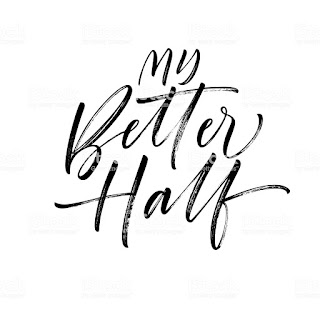 Ya wanna know what really bugs me?  It's when an aspiring politician, like in the case of Mike Bloomberg, spends over 900 million dollars running for president.  But at the same time, doesn't bother developing an effective strategy to combat Donald Trump's twitter insults.  Whether it's the childish nicknames or the seemingly random, ad hominem attacks.

Think about it.  That's a billion bucks... down the drain.

And what drives me even crazier is the utter predictability of Trump's twitter bullshit.  E-gad!

Newsflash:  Trumpty Dumpty's attacks are not terribly complicated.  Hmm, let's see here.  Bloomberg is shorter than the average adult male, hence I will deem him Mini-Mike.  Elizabeth Warren was exposed for exaggerating her American Indian heritage.  Therefore, I will label her Pocahontas.  Chuck Todd has visible bags under his eyes.  Naturally, I will call him sleepy-eyed.  Nervous Nancy Pelosi, Shifty Schiff, and even right here in Pixburgh, our venerable Conor Lamb... as in, Lamb the Sham.  Brilliant!

Now admittedly, every so often, Morning Joe might counter with a snarky "Moscow Mitch."  But when it's all said and done, that's pretty much about it.  Advantage Trump.

Such an ongoing imbalance in the realm of social media retribution is NOT hella good.

So Saf, what's your idea?   Come up with a bunch of counter-insults?  Equally brilliant!

Trump spends the vast majority of his time watching cable news.  Preoccupied with poll numbers and his public perception.  And then spends the remainder of his day conceiving of personal slurs.  This is a given.  Seriously, if there ever was a guy in the entire U.S. government who doesn't wanna talk issues, it's gotta be him.  His entire strategy is grounded in simply tearing people down.  Labeling people nasty or stupid.  Then he claims their policy positions are pathetic or a disgrace.  And then, he simply pivots to how great he is.  How smart he is.  How strong he is.  What a superior negotiator he is.  How much he loves the flag.  Like I said, Trump is probably the most predictably obvious politician, in the entire history of American politics.  It's jobs, wall, vets, cops, pro-life, pro-gun.  Keep our country safe, strong and great.  Great.

And if there's one thing the narcissistic clown lacks, aside from empathy and humility, it's any degree of subtlety or nuance.  Every so often he'll soften the rhetoric.  But generally speaking, his penchant for insults is a constant.  Always go on the offensive, stay offensive, and perpetually offend... at any cost.  Simply piss off everyone imaginable.  And then portray himself as a reviled underdog, hated by the mainstream media and the established deep state.  Again, not terribly inspired.

So keeping all of this mind, here is how you fight back.  As you can see, this example's a bit personal.

(just on the cusp of believability, eh?)

Six easy-to-follow steps for the counter-attack.

1)  A direct response and dismissal
2)  Apologize to the First Lady on Trump's behalf
3)  Transition with the "I could... but I wouldn't" narrative
4)  Pivot to the consequences of the 2020 election
5)  First Lady apology refrain
6)  Introduce the #MyBetterHalf campaign

First and foremost, when he goes low, you do NOT go high or low.  You go straight.  As in straight at him.  First, you must acknowledge the actual insult.  Crazy, stupid, nasty, crooked, lazy, cryin', low IQ, sleazy, whatever.  It's almost always a single adjective.

Follow it up with a lighthearted dismissal.  Something like, "Mama always said, stupid is as stupid does." (use your best Forrest Gump voice)

Next, you must formally APOLOGIZE... ON HIS BEHALF... and say something like this.

"You wanna know something?  I just want to take this opportunity... to formally apologize on behalf of Donald Trump.  I mean, uh, don't worry about me.  I signed up for this kind of nonsense when I decided to run for office.  I can take it.  It's part of the job.  But every time he insults me, or anyone else  for that matter, which means every time he opens his mouth... he completely humiliates his wife.  Our wonderful First Lady Melania.

Just put yourself in her place.  The First Lady's signature issue is cyber-bullying.  She devotes all of her time and energy, not to mention taxpayer dollars, to combating the scourge of cyber-bullying.  Especially amongst the most vulnerable segment of our population.  Our children.  And then we have this toddler-in-chief who drags her down... into the gutter.  Every. Single. Day.  I just feel really bad for her.  And I want Melania and her staff to know that all of us, regardless of political affiliation, feel horrible about the ceaseless humiliation.  We understand it for what it is, take it for what it's worth.  Regardless though, it's gotta hurt.

Now you must transition.  Slightly raise the level of acrimony.  Go for the jugular with an "I could... but I wouldn't" refrain.

You wanna know something?  I could say... how Trump is overweight.  But I wouldn't.  I could say how repugnant he is... but I wouldn't.  I could mention his spray tan.  Or that he doesn't have any real friends.  You know how everyone claims they love Donald Trump?  Well, trust me, all those rally-goers have one thing in common.  They don't know the REAL Donald.  @realdonaldtrump?  Yeah, that's the biggest joke of all.  That he's "real."

There's nothing real about him.  That's because tiny Donnie's never lived a day of his life in the real world.  Never pumped a tank of gas or mowed a lawn.  Never had to live paycheck to paycheck.  Never gone to the grocery store.  Never changed a diaper, let alone, changed a light bulb.  Never driven a car.  Well, except maybe a golf cart.

So what's my point?  Imagine going through your entire life and never being told the word 'no.'  Well, nobody's ever put little Donald in his place.  The guy's never had to face any consequences for his behavior.  Uh, now lemme ask you, what the hell is so real about that?

You can run with these attacks for as long as you like.  Though personally, I think it dilutes the objective.  Nevertheless, a few other examples if you wish to mix it up.  They're all pretty much interchangeable.

"Seriously, I've met a lot of really smart people in my life.  And they all have one thing in common.  None of them ever told me 'how smart they were.'  Seriously, when was the last time, a normal person, told you just how intelligent they were? (the sole exception being Mark Madden's supergenius schtick)

Optional ongoing sarcastic commentary:  Because we all know that Trump has never done anything wrong.  Like how he deliberately undermines his staff and cabinet in order to boost his own ego.  Or defraud students with a fake university.  Or toss paper towels at hurricane victims whose lives have been shattered.  Or support child separation at the border.  Or throw kids in cages.  Or how he's this great businessman, except for the fact that he squandered the fortune his daddy left him.  Or how he's a great negotiator, but has the worst poker face of all time.  And so on and so forth.

Alright, you get the gist of that part.  Sorry about the long-windedness.

Now let's PIVOT to the consequences of the 2020 presidential election.

"I know Donnie John thinks he's being clever with these nicknames (surprised nobody has ever used the middle name bit, i.e., the Papa John's weight jab in conjunction with a Tommy John's underwear inference).  I know he thinks he's some genius political strategist.  But you wanna know something?  There's an actual reason why our representatives in the House and Senate, or for that matter, people of the planet earth, don't act and behave like Trump.  Because it's ultimately self-defeating.  Not to mention how it permanently demeans the office of the Presidency.

Your closing comment should always go back to the Melania First Lady refrain.

But once again, I must reiterate.  I just want to apologize on behalf of the President.  Our First Lady... she just deserves so much better.


Now if a considerable number of Trump's political enemies were to employ this strategy, he would quickly lose his posturing leverage.  And believe it or not, he'd likely cease with the insults.  Why?  Because a new variable was introduced into the equation --- a universal, go-to, de facto response for ANY Trump insult.  I can assure you - the perceived rate of return on his entire insult strategy would be permanently marginalized.  It's honestly that simple.

Finally, onward to the #MyBetterHalf campaign!  This is where you deliver the final knockout blow.  From here to eternity.  For the love of Ivanka!

So in light of Trump's infinite sins and transgressions, I'm saying that the time has come.  To finally turn the page and turn over a new leaf!  From this day forward, I propose that we simply do the opposite of Trump.  Praise our spouses, not tear them down.  Lift up our loved ones, not pull the rug out from underneath their feet.  Let's place those we love on a pedestal.  Not throw them under the bus.  We should tout their accomplishments.  Not celebrate in their defeats.

Let's use social media as a source for positivity as opposed to negativity.  Let's do our best to alter the trajectory of the internet.  This is for the future of our families and our children.

In keeping with this spirit, I am officially launching the #MyBetterHalf campaign.

The whole idea is to ignite a viral hashtag campaign.  It's a social media campaign that celebrates family, faith, humanity, and individual accomplishments (weight loss, quit smoking, job promotion, etc.).  While at the same time, it would subliminally serve as a reminder that Trump is A PIECE OF SHIT.  After all, he's the entire reason why the #MyBetterHalf agenda was created in the first place.

Such a social media campaign could very well go viral.  Especially during a perceived time of dysfunction and crisis.  Hey, it may sound corny, but the only way to combat hate... is to shower your partner with love and admiration.  #MyBetterHalf 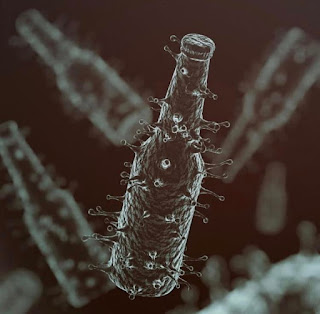 So I kinda figured, if the planet's going to hell and Armageddon has finally arrived,  I might as well write a sonofsaf-styled parody of "My Sharona" --- the 1979 one hit wonder by The Knack.  Forty years after its chart-topping release, may I humbly present "My Corona"...

Ooh, my little pretty one, pretty one
When you gonna give me some (time, Sharona?)
Ooh, you make my motor run, my motor run
Gun it coming off of the (line Sharona)
Never gonna stop, give it up, such a dirty mind
Always get it up for the touch of the younger kind
My, my, my, ay, ay, woah!
M-m-m-my Sharona
My Sharona

Come a little closer, huh, ah, will ya, huh
Close enough to look in my eyes, Sharona
Keeping it a mystery gets to me
Running down the length of my thighs, Sharona
Never gonna stop, give it up, such a dirty mind
Always get it up for the touch of the younger kind
My, my, my, ay, ay, woah!
M-m-m-my Sharona
M-m-m-my Sharona
Na, na, na, na, na-na
My Sharona

Ooh, this gonna be no fun, be no fun
When the time has come for you to (die, Corona)
Ooh, we gonna bury you, bury you
Garnish with a wedge of that (lime, Corona)
Never gonna sip, drink it up, when it’s party time
Always hack it up, with a cough and the spit 'n shine
My, my, my, ay, ay, woah!
M-m-m-my Corona
My Corona

Don’t be such a poser, huh, ah, will ya, huh
Stick a bottle up your ass and (try, Corona)
Looking at our history, can't you see
Running through the depths of my (mind, Corona)
Never gonna sip, drink it up, when it’s party time
Always hack it up, with a cough and the spit 'n shine
My, my, my, ay, ay, woah!
M-m-m-my Corona
M-m-m-my Corona
Na, na, na, na, na-na
My Corona