The Tennessee House of Representatives overwhelmingly approved a new bill that splits Nashville into 3 separate districts.  It's designed to marginalize the black population of Davidson County and dilute their vote.

Tennessee Governor Bill Lee will sign it with glee.  He even came up with a strategy to distract Tennessee residents.  Hyping the possibility of a Super Bowl in Nashville or acquiring an MLB franchise.  Neither of which is going to happen.

Longtime Representative Jim Cooper, a Democrat, who has represented the 5th district since 2003, apparently sees the writing on the wall.  He announced his retirement yesterday.

His wife is a cockblocker,
A total fucking whore,
A marital aid stretcher
His asshole’s really sore

His wife is a cockblocker,
The essence of white trash
Uses all her skill
Just to stick it up his ass

Orange Prolapse clown was the real crime, no doubt

Somebody Save Me
Cinderella

Somebody get the doctor,
I think I'm gonna crash
Never paid the bill
because I ain't got the cash

save me, look out

I'm goin' down for the last time, look out 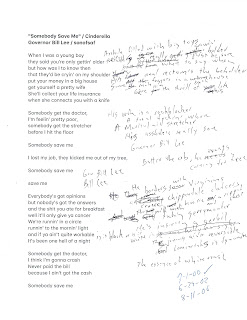 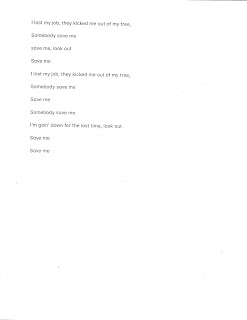 Cinderella has played the Burgh a grand total of 11 times.  I saw them just once.  They opened for Poison.  I may have seen them in the late 80's in Cincy or Dayton.  Honestly can't remember.  Ages ago, I worked the Wharf Garage parking lot this one time Cinderella had a concert at the Wheeling Civic Center.  Turned off the ticket machines and made a killing.  Didn't go to the show.  Ended up hosting an after-show, post-tailgate party in the office (weed, pizza, cases of beer).  About 50 people.  It was a rocker.

#800.  The Friendliness Of The Central Perk Gunther (The Loneliness Of The Long Distance Runner --- Iron Maiden)

#915.  She Is A Cunt Beth Van Duyne (I Heard It Through The Grapevine)

#995.  Ducey Fucking Broke Her Hymen (Lucy In The Sky With Diamonds --- The Beatles)

Posted by sonofsaf at 5:44 AM No comments: