Last night, five of us went to see Todd Rundgren at Stage AE.  It was a rare indoor seated show.  They actually brought out the "plastique" folding chairs and bound them together with these irrevocable twisty ties.  In a venue that normally reaches capacity near 1800, somehow this show managed to "sellout" around the 500 range.  And there were still loads of empty seats in the upper deck.  Mr. Rundgren was shooting for an air of intimacy.  He wanted to connect with the fans.

As I reflect on everything the following morning, I began to wonder... exactly what did I witness?  The bizarre truth --- I honestly have no idea.  This human deejay machine was front and center. Imagine Mitt Romney storming the stage dressed as Flavor Flav?  Yeahhh boyyy!   That's how things kinda got pumped up.  "Everybody in the house!  We got any Roethlisbergers up in da hizzy?  Can I get a McKees Rocks?  Can I get a whoop whoop?  Let's do the Crafton humpty-hump!  Pittsbuuuurghhhh."

Okay, if that wasn't peculiar enough, these two afro-headed, solid-golded dancers grooved onto the stage.  Except they weren't black.  One was white, the other quasi-Filipino.  They both had the general background disco moves down pat.  But they lacked the spot-on choreography.  Throughout the evening they followed the same routine, but one of them would occasionally throw in an errant Pulp Fiction sideways peace-sign dance insignia while the other would do a Chubby Checker twist.

And then out came Rundgren. 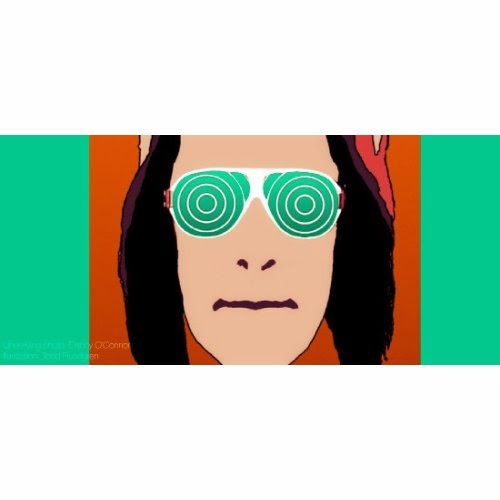 You might remember Todd as kind of an "off-broadway", semi-obscure singer song writer of the early 70's.  Most people remember him for "Hello It's Me" or know him as the Green Bay Packers "I Don't Wanna Work, I just Want To Bang On These Drums All Day" Lambeau Leap touchdown song.  No music in the background here.  This clip serves as a bad microcosm for went wrong last night.


Without even the slightest hint of sarcasm, let's just say that Todd has taken things in a new direction.  The timing for my blog is a bit ironic because I recently did some light reading on the subject of transhumanism.  Without getting too involved, transhumanism is the sci-fi inspired field of study which suggests that mankind is gradually evolving toward a complete integration with artificial super-intelligence.  It's the notion that we will eventually transcend beyond the "human form" and strive toward this intellectual superiority, a "singularity" if you will.  It's really not that crazy IF you take a long-term event horizon.  It's the same suggestion I give to people who cannot fathom the prospect a dominipede (multiple, simultaneous artificially generated stampedes).  There's a discernible inevitability in play you morons.  Maybe not the doomsday scenario of the entire NFL 1 o'clock slate.  But it shouldn't be that difficult to comprehend.

And coming off the heels of the Presidential Correspondents Dinner, there's even a 2016 presidential candidate named Zoltan Istvan.  He's a Columbia grad and leader of the Transhumanist Party.  For those of you who follow politics, he poses a serious threat to the electoral chances of, well... Ralph Nader's half-brother Ralph-Malph Nader (the transcendental basket weaving, Happy Days quantum equivalent candidate... and that's assuming Fonzie's floral cousin Spike doesn't throw his leather chapeau in the ring).  Enough.

Call me crazy, but I think Todd Rundgren is desperately trying to evolve into some kind of higher-techno life form.  But he's not winning.  Perhaps somewhere in the realm of Charlie Sheen's breakdown a few years back.

This tour was all his new material.  If anything, the "sound" is certainly unique.  It's a musical extravaganza grounded in a journey through the eyes of beleaguered electronica house music.  With hints of gospel and televangelism.  Some of the crowd appeared to be gearing up for their church indoctrination session about 12 hours too early.  There was this one old lady down front who appeared to be speaking in tongues.  Try extrapolating based on this audacious hag...

Okay.  So Todd Rundgren is on stage.  With the exception of one tune, he refrained from picking up a guitar or any musical instrument.  It's just him sidling around, shuffling off to Beaver and crooning along.  And his voice doesn't exactly qualify as Clay Aiken.  In fact, it kind of left us "achin."  More of a mesmerizing, mind-numbingly arthritic pain in the exhaustive arse.  It was just him shimmying to both sides of the stage like Ozzy Osbourne searching for a lost golden retriever.  He would "saunter" all over the place in this extra large t-shirt with just the slightest hint of a Milwaukee's Best Light beer belly.  We call it the MBLBB.

Rundgren seemed to be searching for something.  Like a disoriented amateur bowler seeking some kind of holy grail.  Like an omniscient Arby's commercial overseer beckoning for the meats.  The whole concert was like a juiced up revival on low-grade Viagra.  The entire production would just have been better suited for an evangelist's carnival tent.  It's difficult to put it in words.  You really had to see it, to believe it.

Suddenly, we were taken on a journey back in time, to mother fuckin' ancient Egypt.  As an atheist Jew, I have a difficult time grasping the objectives of the Muslim brotherhood.  I'm more of Steve Martin-inspired wild'n'crazy guy.


Sorry but this clip was the best available.  What a travesty.  I despise the legions of trolling trademark attorneys whose sole purpose is to scour the internet.  Their overriding agenda --- to deprive future generations of absolutely anything which espouses even the slightest hint of creativity and merit.  This video has been blocked by Sony Corporation.  I hope you Sony executives get hacked to death by Isis and then sodomized by homophobic Saudi royalty.

I kept thinking the background Rundgren dancers were going to break into electric boogaloo-Banglerama Walk Like An Egyptian mode. 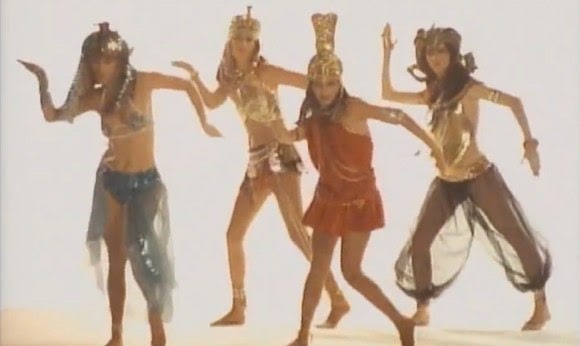 But they never did.

In dire need of a sabbatical, we ventured into the empty VIP upstairs bar.  An old baldo was asleep in the corner.  We sat around and joked about how certain people in the crowd were literally in tears.  Not tears of musical joy.  More likely delusional streams of dismay and chagrin.  An apt location for the confluence of three rivers.

I actually started to sympathize for the Rundgren brand.  That's brand.  Not band.  There was no band.  Exactly what had led him into this altered dimension?  I speculated.  Maybe he was just fulfilling the terms of a multi-decade contract.  You know --- I'm the head honcho of Deftone Records and you must put out a new LP every 10 years or we'll haul your ass into Santa Monica magistrate court.  So faced with that possibility, Rundgren took it to the East Coast.  He holed up in a Myrtle Beach Econo-Lodge for a long weekend with his Casio keyboard and churned out some viciously agonizing material.  I'm not being sarcastic here.  I think something like this may have transpired during the summer doldrums of 2014.

So that's my final take.  Like Hesh on the Sopranos used to say, "There's good and there's not good.   This is not good."  Again, it becomes necessary to click on the youtube icon in the lower right hand corner.


If you don't value my opinion, then take it from Hesh... you do not wish to partake in that which constitutes the mummified hip-hop Rundgren.

Let's put it in terms a douchebag foodie could understand.  This concert was like eating a rotten spring roll filled with rancid cabbage (pronounce the word cabbage like Republican casino magnate Sheldon Adelson would say the word garbage... with a pompous Frenchie-Jew twang "ghar bahge").  And then, we shall snap repeated i-phone pics of the vomitous upheaval.

I wonder who the fuck sponsored this tour?  Geritol?  Depends Undergarments?  Donald Trump and his line of hipster dufus toupees?  Jockeys on acid drinking mint juleps at the Kentucky Derby?   Seriously, what the fuck was this?

Yep. You put into words what I've been trying, all day, to tell friends and family when they ask how the concert was.
I'm all for creative innovation, but last night's show was just not good.
Thank you.

Rox - In a weird kind of way, the show reminded me of a David Bowie/Nine Inch Nails concert I attended in 1995 at Starlake Amphitheater outside Pittsburgh. We were all excited for the unusual opportunity to see Bowie...this historic musician.

But he came out and played all brand new material under the banner of "Tin Machine," this Trent Reznor techno collaboration.

Everyone left the venue complaining, disgruntled and visibly upset. Plus, it was unseasonably cold. Not that the weather had anything to do with it.

And I don't mind when a performer exclusively plays new material. We saw Neil Young do something similar on his "Green Family" tour (2003). Great show.

The last time I saw Todd was a couple years ago in the Ringo All-Starr Band - the same lineup are touring again this summer - Todd did "I Saw the Light" "Bang the Drum" and "Love is the Answer" - also in the band doing their hits, guys from Santana, Toto, Mr Mister - there's a DVD out of the show they did in Nashville, a couple of weeks after I saw them - you might like it.

I ordered the Global CD but probably am not going to go to Todd's show this time - thanks for describing it from your perspective.