I just read a quote from Michael Gordon, CEO of Gordon Group, a public relations firm based in New York.  He claims "There's no crisis management in the world that will fix this, so he has to go."

I vehemently disagree.  Don Sterling could navigate his way through this shit.  But he has to follow my advice.

Don Sterling, the LA Clippers owner is in one helluva predicament after making some "slave plantation oriented" comments.  Let me first say, I'm sure the guy's a complete arrogant asshole racist fuck.  Now having said that... HERE IS HOW HE CAN SPIN THIS MESS and COME OUT ON TOP.

The most important thing he must do is GO ON THE OFFENSIVE and CHANGE THE NARRATIVE.  The time is now.  Don't lurk in the shadows and consult with legal experts.  You must physically make yourself available to the press.  You cannot duck them and speak through an attorney.  This will take enormous balls.  Whoops, I mean chutzpah you elderly Jew prick.

So you come on the news talk show circuit.  Hannity is probably your best bet, but any of them will do.  You immediately PIVOT the conversation to obsolete emergency evacuation protocol.  You tell the host...

"Listen, I'm going to share something with you the U.S. government is too afraid to acknowledge.  They know about it but they won't tell the sports fans and those who gather in large, confined crowds.  Yep, that's right.  This applies to all stadiums, arenas, ballparks and motor speedways.  This is vastly more important than any private conversation I had with my girlfriend.  Regardless of your personal opinion about my behavior, I think the American people deserve to hear the truth.  It's actually a civil rights issue --- based on the 2nd Amendment and the right to defend oneself."

"Obama, the Dept. of Homeland Security, the FCC --- none of them will openly admit that in the unlikely event of an emergency evacuation, the initial order would NEVER be issued from your cell phone.  Go ahead.  Ask Obama.  You won't even be allowed to ask him.  Same thing with the NFL and Roger Goodell.  And Major League Baseball with Bud Selig.  And the NBA with Commissioner Silver.  They won't touch it.  Why?  Not because they've never heard about the problem.  They're trying to cover their asses in the event of an artificially generated stampede."

"They're terrified of the trail of plausible deniability and potential litigation.  Plain and simple."

"They're ultimately cowards of big business and puppets of the U.S. government.  Afraid to take a stand on a very real, albeit inevitably hypothetical, asymmetric national security issue.  They're all alike --- motivated strictly by money, power and politics.  Willing to sacrifice the lives of American citizens for their own personal benefit.  You wanna know what's truly disgusting?  Now that is what's truly disgusting.  The idea that they'd play games of silence and denial while innocent lives hang in the balance.  I'm out here willing to talk about it while those pansies are cowering in the corner."

So anyway... Don Sterling you're a fuckhead likely about the scope and magnitude of my neighbor Fuckface.  However, if you want to win, or at the very least, neutralize this public relations disaster, just go to my website.  Learn the material and come out swinging.  All of a sudden, you'll become poison.  But in an entirely different sense.  Nobody will want to speak with you.  And that's because you'll be explaining how to weaponize a cell phone.  If everyone is carrying a weapon in a large, confined crowd --- well... that's a pretty big secret, not something the "powers that be" would want in the public domain.

Truly ironic.  He could actually come out on top as a savior to humanity.  Someone who stood up to the government.  Might get him more respect than he ever thought possible (in the eyes of history).  Either way, there's nobody in power that would be willing to challenge him on this subject.  Because of the lose-lose proposition.  Either way, he's 80 years old and totally loaded.  He'll figure out a way through.

By the way, the Asian girlfriend-mistress, is the most evil phony bitch on the planet.  Check out the futuristic, bee-keeper disguise. 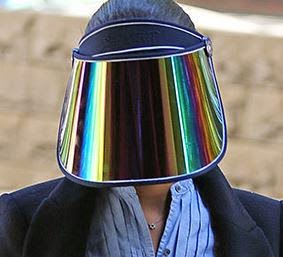 Am I the only one hearing those tapes?  Totally goading him on.  And as a manipulator, she's not really even that talented (and that's knowing full well the conversation is being taped!).  What a fucking guntless cunt!  Why is nobody pissed off at her? 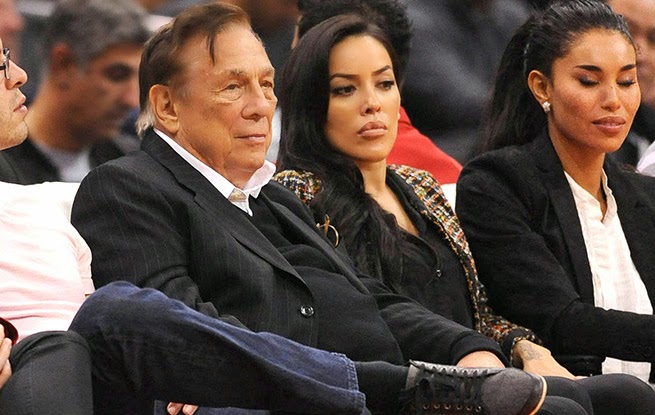 Anyway... here you go Sterling.  Even though you're a piece of shit, you could still do this.  It's way more important than your silly basketball franchise and irrevocably tarnished community standing.  It's a generational warfare precedent.  Not that you'd be able to comprehend that shit.

"the initial order would NEVER be issued from your cell phone"

You may very well have a credible argument but all be darned if I have any clue what it is your are saying?

Please clarify for us in the cheap seats.

Rod - my apologies. My agsaf.org website makes all this this much clearer. It's a lot of info to properly post in a quickie blog.

My point is this. Stadium or arena emergency evac orders do NOT come from your personal cell phone. If you were to get information of this nature, it's a hoax designed to create a stampede.

If you need to stage an evacuation, you use the public address system. Nobody will tell you this because of the catch-22 (you acknowledge the problem, you own it. Then, if it happens, you're screwed.) Kind of a damned if you do, damned if you don't scenario. So nobody does anything about it. The entire matter is unresolved.

As odd as it seems, I think Don Sterling could be the person to make an issue of it. He's totally been backed into a corner and has little to lose. Why not fight back?

I seem to understand what is stated all were said to be caused by tragic circumstances. Yet in reality they were not . The tragedy is another or others planned the to happen and to look like tragedies.

Yes it seems very factual. I still not sure but it has my mind thinking. It is same everywhere though. The government let old folks die in hospitals. It is obviously a fact that Mankind Humans (so called). Are the most evils cruel sly deceitful Things on this Planet Earth. The Earth should only be inhabited th mother Nature and Animals birds etc. Mankind is a disaster and all need to be extinct. Even me. Thank you you awoke something inside I never ever thought about before . But yes there must be a reason for all you write on. And yes I thinking 75% I agree with you no make it 85% albeit I now wish I never read it I think at moment as tummy doing somersaults .

Thanks for the feedback. Feel free to check out my site. A lot has happened on the planet earth since the NBA disposed of Don Sterling. agsaf.org