Normally, I try to be concise with my post titles.  But not today.


Steelers defeat Chiefs in OT (16-13).  Big Ben injures shoulder.  These were the dominant headlines on Tuesday morning.  Well, I was in attendance and formulated a different headline...

Out of a potential 65,050 - Attendance: 57,644.  That's 7,406 no shows.  For a nationally televised Monday night game this borders on deplorable.  Yeah, I know it was raining and windy.  Big fucking deal.  I've been to tons of games where the elements were far worse.

And we came in with a winning record (5-3) at the season halfway mark.  The irony... had this game been played at Arrowhead Stadium, the venue would have been at full capacity til the end.  Instead, I glance over to the main exit outside Gate A.  People are literally streaming and funneling out of the stadium.  But this was at the end of the half, not the end of the game.  I couldn't take my eyes off the steady outflow.  Insane.  Steeler Nation is becoming a joke.  I know... they're the greatest fans ever.  But if you define "greatest fan" I think a technical definition or fundamental underlying description would have to be "someone who goes to the game and stays til the end."

Further irony - the game was an overtime thriller.  Perhaps a bit sloppy on the part of both teams, but exciting nonetheless.  If I had to guess, I'd say there were about 38,000 people in the stadium when Suisham kicked the game winner.  Again, what a fucking joke!  Giant chunks of yellow empty seats.  Row after row after row.

But I would like to thank G Max for the free ticket.  50 yard line seat, Section C.  I almost never sit in the C level.  The likely reason being a whopping $260 face value on the ticket.  Of course, its value in real-time was zero, maybe $20 tops.  And the climate-controlled Ford hospitality tent was bad ass.  Prime rib, decent wings, high end macaroni and cheese.   There must be a sneakily simple but sophisticated way to crash these tent parties.  Perhaps a good 'ol fashion corner tent lift-up is in order.  Or maybe some kind of Andy Dufresne Shawshank sewage-styled port-a-jon crawl through.  I do not know.

It was actually a pretty hectic, extensive weekend.

On Saturday morning, I ran the Wheeling Veterans 10K (6.4) race.  I narrowly beat my time from last year clocking in at 58:30.  Probably because the weather was perfect.  Mid to high 40's.  Crisp and cool.  I experienced some mild discomfort on Big Wheeling Hill but managed to tough it out.  No walking.  And to be honest, it's a pretty tough race (the majority of it's uphill).

I actually ran this race "bandit style."  That just means no entrance fee, no registration, no t-shirt, no official acknowledgement.  Very Forrest Gumpish if you think about it.  I just felt like running.


Those Paramount copyright bastards removed the real movie footage from the internet.  That's unfortunate.  It's one of the best scenes in the movie.  Though I do like the Flock of Seagulls musical substitution.  It's a smart fit.  Anyhoo, bandit running, or the act of being a race bandit, is the wave of the future.  Everybody's doing it.  From here on out, I'll refer to this phenomenon as "racing bandit noncompliance."  But Saf, what about our noble Veterans being jewed out of your $25 entrance fee?  You need to support the troops with that supplemental income.  I would counter - as long as we're spending about 6.7 billion dollars per month in Afghanistan, I'll maintain a strict adherence to bandit status.

Having finished the race, I hitched a ride back to the car.  Two overly-active dog licking stenched mammals Sanduskified me from the back hatch of a Land Rover.  Then, it was off to a quaint, low-pressure shower.

Alright, so I'm off to the Ohio Valley Mall to speak with Erik Estrada.  We have business to discuss.  But first, I ran into Karen D., her kids and an extended 3-child brood.  Then I saw Katie W. and her two kids.  But they weren't there for the Chipspanic Estrada Tostada.  They were there to meet Disney superstar Caroline Sunshine. 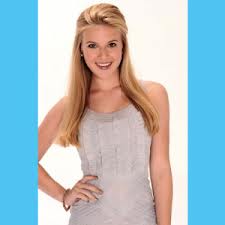 If that ain't the embodiment of sunshine, I don't know what is.

And let me tell you what.  The St. C. mall was brimming with excitement.  Even this mall cop was settling into a groove.  An almost rhythmic trance.


So glad that someone took the time to post this.  Obviously, standing in an hour-long line just to speak with Erik Estrada for 30 seconds is not part of a sane agenda.  So while he was having his photo taken off stage, I jumped into the fray.  I introduced myself and told him we have mutual friends (the Chrisagii).  He let out a reassuring, "Oh yeah, Brian and Shawn!  How are they doing?"

"They're fine, " I reply.  "I just need 10 seconds of your time.  Actually, we all share some very deep concerns about a hypothetical national security issue.  I'd really like you to take a look at this (as i hand him my card)."   He nods in agreement, says "thank you," and places the card in his left-breast leathered pocket.  All the meanwhile, I'm being aggressively monitored by not one, but two mall security cops.  They were surveying my every move.  Is it me or did that mall cop remind you of "less androgynous Janet Napolitano?"  The whole thing had me recollecting a 1995 journey to the Columbus, Ohio DMV where this weirdo was "eying up my Marlboro Light as if it were a T-Bone steak."  For the faithful TSA is everywhere.  Live free or die.  Yeah, right.  Maybe in the granite state.  New Hampshire ain't the Ohio Valley.

In all honesty, just who exactly would venture to the mall for an Erik Estrada meet'n'greet?  The answer (and I'm not trying to sound callous or vindictive): it was predominantly mentally challenged individuals.  If you think about it rationally, it's a good fit.  There's music, cake and it's a relatively safe, enclosed environment.  So it's a decent way to kill off a few hours on a Saturday afternoon.

All in all, I'd have to say the Estrada encounter was a bust.  But who knows for sure.  Maybe he'll read my book and be morally compelled to contact me.  I'd say the odds of this happening are about 1.4%.

So it's off to the Burgh to meet up with Gigi, Uncle Denny and Aunt Gloria.  They were in town to see Chicago at Heinz Hall.  We met up at Nikki's Thai on the North shore.  This place rocks... literally.  It's an echoing, rambunctious environment.  I opted for one of the Chef's specials and was quite pleased.

And we also got a cauldron of Tom Yum soup w/ chicken.  Highly recommended. Good stuff.  Freshness is the key.

The following evening (Sunday night) we hit up The Who concert at Consol.  They were performing Quadrophenia in its entirety.  Not exactly my favorite album, but nothing to scoff at.  After all, it's The Who.  We had already acquired some free tickets from our Bell-Dirty connection. So we took a more lackadaisical approach to the evening.

We parked in our customary spot - Church of the Moors (black Jesus).  Then we met up with friends in a $5.00 gravel lot behind the arena.  Not bad - most of the surrounding lots are $15 or $20 and they're further off in the distance.  And this lot actually connects to the parking garage.  I think it's off Stephenson street.  Not a lot of taligating goin' on but that seemed to be a consistent theme throughout downtown.  The general mood just seemed very subdued.  I miss the rowdiness of the Igloo crowds.

Much smaller crowd than I had anticipated.  About half of the 200 level was empty.  I'd estimate about 14,000 people showed up.  Gig, me and Josh snagged some great seats on the 100 level next to the stage.  I love these seats.  Plenty of elbow room except for an excitable older woman who flailed the night away.  Her moves pissed off this one dude in front us.  Out of all the empty seats in the arena, she chose to obstruct the hell out of his sight line.  For me, their interaction and especially his constant look of irritation and disgust was the highlight of the night.

All in all, I'd say the concert was fair.  This was the 4th time I'd seen The Who and it was definitely their weakest show.  But I am glad it wasn't later in the tour when Daltrey's voice trends cracking.

My favorite Who concert was back in 1989 at Three Rivers Stadium.  And I saw the 2000 double-rainbow show at Starlake - very cool.  And of course, who could ever forget the Columbus, Ohio Schottenstein 2006 sneak-in?  I even got a guitar pick.

But yeah, all in all I'd say this was their weakest.  Still a good time though.

Finally, I rounded it all off with the aforementioned Monday Night Steelers game.  I headed down early with the intention of selling these key chain conglomerates.

They were manufactured in an Oglebay Village sweat shop environment back in 1996.  For the love of god (these days I prefer the black Jesus god - based entirely on free event parking), I've been holding onto this shit forever.  I refer to them as "Terrible Twirlers."  And my sales pitch includes the phrase "they make great stocking stuffers."  Just putting this in writing this brings me precipitously close to the edge of suicide.  Not kewl.

If you'd like to purchase one, shoot me an email (sonofsaf@hotmail.com) or leave a comment.  I'm in the process of negotiating with Dan Rooney, the Steelers organization and the official NFL merchandise people.  Yeah, right.  I sell them 1 for $20/ 2 for $30.  Like I said, Hanukkah (the Jewish Christmas) will soon be upon us.  The time to act impulsively is NOW.

One more thought about the game.  At the beginning, they paid homage to the military with a fireworks display, multiple F-16 flyover, veterans salute.  Everyone had a colored "placard" taped to their seat.  When held up, it looked like this... 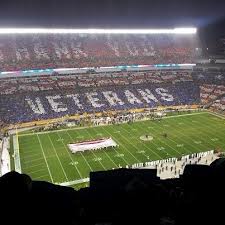 Much like the Terrible Twirler, the picture doesn't do it justice.  But what was hysterical was the 5-step instructions on how to hold up a piece of paper.  It was my intention to blog about this, but at the end of the night, I forgot to grab my placard.  What a bummer.

What a coincidence! I am also selling sweat shop Steeler key chains.

Good read! I am surprised the Chrisagii were not at the mall with Eric.

DBV - The Chrisagii were at a Christian Awards gathering in South Carolina. They were missed by all in attendance.

I'm having this weird problem with the video clips on my blog. They don't show up unless you click on the precise link. Has anyone else noticed this? I'm guessing there's a filter button I accidentally set.

I've been to the Nicky's Thai in Verona. That's my favorite place for pad Thai noodles out of the 6 or so places I've had it.