Could Erik Estrada prevent the next 9/11?


Erik Estrada will be signing autographs for the grand reopening of the Ohio Valley Mall in St. Clairsville, Ohio.  He'll be on hand this Saturday, November 10 from 11:30 am - 2 pm. 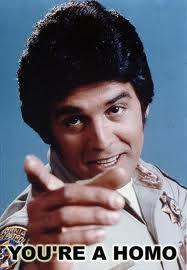 He's pointing right atcha... and guess what?  He's spot on.  Wheeling Intelligencer writer, Joselyn King, wrote an excellent article about all this.  I even left a note in the comment section...


The notion of Erik Estrada presiding over the grand re-opening of the Ohio Valley Mall is in a word... EPIC. I'm going to ask him to sign the small of my back for my newest tattoo. An "ESTRADA" tramp stamp would be all the rage.

The Ohio Valley Mall (which usually resembles a catatonic ghost town) just got a Maury Povich styled makeover.  Think of it as a "geek to chic" transformation.  Apparently, they refurbished one of the entrances, added some carpeting and installed 4 skylights.

And Estrada, aka Ponch, won't be the only performer at the ribbon cutting ceremony.  There's gonna be a balloon artist, a magician, Thor, Spiderman and some other celebrities.  And when I use the term "other celebrities," I really mean it.  Actress Caroline Sunshine and her companion Kenton Duty will be appearing as well.  I had to do some internet research to find out exactly who these two are.  Apparently, they have a tv show on the Disney Channel called "Shake it Up." 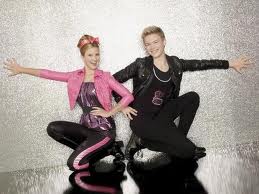 I'm not exactly sure what that's all about.  But on some level, I believe it to be relevant.  It just has to be.  Everything depends on it.

So here's the dealio.  When I first heard of the Estrada appearance, I felt inclined to attend.  But I didn't really have an interest in meeting the CHiP's star.  Instead, I wanted to meet the people who have this burning desire to meet Erik Estrada.  I wanted to ask them about their hopes, their dreams, their fears, their aspirations.  I wanted to see the joy on their faces or gauge their disappointment.  I wanted to hear if the event met with their expectations.  Even better yet, what if he failed them miserably and left behind an emotionally shattered trail of elderly mall walkers.  Perhaps I could pose as a rogue Ohio Valley Mall employee conducting consumer research.  Perhaps not.

This is where the story takes a bizarre twist.  As many of you know, I'm friends with twin brothers, Brian and Shawn Chrisagis, a pseudo-contemporary Christian singing/performance duo from Eastern Ohio.  They perform regularly at area churches, regional holy crusades and such.  I actually wrote them lyrical content for a future song (about the stampedes, of course).  We discussed the possiblity back in June of 2012.  This is not a joke.  I have proof.  Here's the lyrics.  Honestly, it's some pretty damn good shit.  It's entitled, "Don't Cell Your Soul."  Great play on words.

(refrain)
Think... before you run.
Search in your heart, not on your phone.

Don't sell your soul,
for the sole use of a cell.

Sure enough you tripped and fell
then you find yourself burning in hell
We're from small towns, but have important stuff to say.
Regarding life and the games people play
We had a friend who lived in Wheeling
He was never one you'd see kneeling
He didn't believe in god, it was his only confession
But we gave him a chance and he made an impression
These viral blitzkriegs and artificially generated stampedes.
Not blessings from god, these are man made deeds.
refrain

All we ask is that you listen.
To the truth that you've been missin'.

There's a lesson to be learned in the face of this tragedy.
And it's a teachable moment for all of humanity

Don't place blind faith in those who are supposed to protect you.
The media, the government... look for something new.
refrain

Place your trust in god, you'll find a place to belong
Now would you kindly help us, and sing this song (or sing along)


And you thought I was joking... I rarely joke about the stampedes.  It really isn't a laughing matter.  So I hurriedly wrote the song and arranged a meeting.  Oddly enough, I met with them in a bar (The Owl's Nest which I'm supposedly banned from, but that's another story).  We talked about the song and the stampede concept for about a half hour.  At the time, they seemed interested in the undertaking.  But those two seem overly receptive to just about anything I utter.  So I said to myself, we'll take a wait-and-see approach.

Since then, about six months have passed.  On the cusp of the Erik Estrada visit, I decided to do some light research for this blog.  I went to the official Erik Estrada website (hard to believe there are unofficial Erik Estrada fan sites, but such things do exist).  I checked out his bio, charitable endeavors, etc.  But it was the page for the "Estrada Fan Club" that caught my eye.  I thought to myself... how much does it cost?  What are the perks?  Could it help expedite a personal meeting?   You know what I'm talkin' about... Estrada in the flesh.

But like I said, here's the text that caught my attention.  Read it carefully.


"I believe that friends are quiet angels who lift us to our feet when our wings have trouble remembering how to fly."
~ Love, Erik & Nanette Estrada
DOWNLOAD THE PDF BELOW AND SEND IT WITH $20 IN U.S. FUNDS TO COVER YOUR ONE YEAR MEMBERSHIP.  FOR FANS OUTSIDE THE U.S. PLEASE SEND $25 IN U.S. FUNDS.
DOWNLOAD PDF HERE
Mail club forms & payment to:
ERIK ESTRADA FAN CLUB
103 SINCLAIR AVE.
YORKVILLE, OHIO 43971

Now wait just one fuckin' cotton pickin' minute!  Estrada lives in Los Angeles.  So why is the "Erik Estrada Fan Club" based out of Yorkville, Ohio.  Could it be true?  Again, I pose the question.  Could it be?

The answer is a resounding YES!  103 Sinclair Avenue in Yorkville, Ohio is the home of the Chrisagis Brothers.  It's where the Chrisagii eat, sleep, shit, piss, pray, repent, etc. 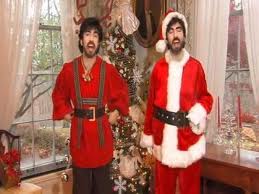 The Chrisagis Brothers are physically running the Erik Estrada Fan Club out of their tiny residence.  I doubt the home properly adheres to city zoning ordinances but that's totally irrelevant.  What I've accidentally stumbled upon is the shocker of the century.   Is it a conspiracy?  Or is it just some mere cosmic coincidence?

I will soon have these answers and so much more.  I'm going to pitch the "artificially generated stampedes" to Erik Estrada.  This Saturday afternoon, I will attempt to convince Estrada to take action.  Much like he did on CHiP's... but this time it's concerning the biggest hypothetical, unknown national security threat currently facing the United States of America.  Sounds like the perfect way to resurrect his investigative career in law enforcement... or then again, he might end up on a federal watch list as an enemy of the state.  Would make for some great, chronologically generational irony.  Personally, I'd like to see Estrada butt heads with Janet Napolitano during a second Obama term. This would be a good thing.  But that's just me.  A side note - Kudos to Barack Obama!  Seriously, Mitt Romney would have been atrocious. 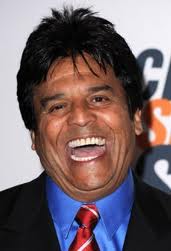 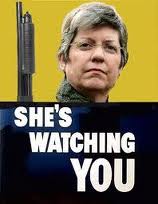 Looks like UFC 117.  Estrada has taken full guard.  Estrada with some impressive ground and pound.  Uh no, he's going for the choke.  Janet Napolitano has just been put to sleep.  Good night.

In any event, maybe Ponch could use his magical influence and further encourage the Chrisagii to put my song "Don't Cell Your Soul" on their upcoming album.  Let's do this shit!

I love the irony to all of this.  Could a West Virginian, atheist Jew team up with Erik Estrada and some zany evangelical Christian singers from right across the Ohio River and play a pivotal role in uncovering the truth behind the next 9/11?  Sounds about right.  Either way, it'll make for an intriguing follow-up blog.

How did it go?

Who'd a thunk it? I live right down the street from the Estrada world headquarters and didn't even know it.