If there's a "safe space" in hell for atheist Jew song parody writers... 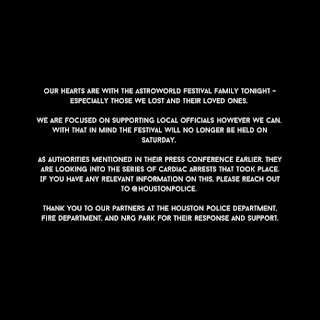 Dedicated to Amandasar Overmars, my adventurous Star-Laking "companion in mischief" from 20 years ago.  She brought the Astroworld incident to my attention.  Yeah, right!

Watched the news on cable, crowd surge unmanageable
Fans were compressed they were not blessed
Ended up in hell damnable
Lives a wild life he’s Travis Scott

Astroworld was a juggernaut

War we're tough and able, quite indefatigable
Between our quests we sequin vests
And impersonate Clark Gable
It's a busy life in Camelot

I have to push the pram a lot 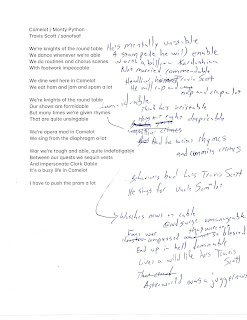 Nobody would believe me when I say... that I've never seen Monty Python and the Holy Grail in its entirety.  But oh it's true.  It's damn true.

However, in 1989, I robbed my parent's house in the middle of the night.  Stealing their VCR so my friend's brother's wired college buddies could watch the movie.  I left a note but... they... were... pissed.  My parents.  Not the crew from Lehigh University.

Please do not share this material with Travis Scott and/or those impacted by the 2021 Astroworld stampede.