With his latest imbecilic anime video, Paul Gosar's demonstrating this bizarre brand of "white male envy" regarding AOC's popularity.  Perhaps it's because her family doesn't wish to disown her.  Kinda reminds me of when the Orange Prolapse was envious of Dr. Anthony Fauci. 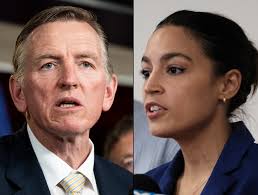 So here's my idea.  Let's give Paul Gosar his very own initial-styled nickname.  Unfortunately, his middle name is Anthony.  So PAG it is.  Just please don't start calling him a paggot.  I wouldn't wanna be held ultimately responsible for the denigration of our esteemed Southworst congressional representative.

Well, his soul is totally bereft
The Oath Keepers he loves dearly
He seems to have a small dick
Could he be a missing link
And by the way, his ass stinks

An insurrection but who is to blame, boy?
Donald Trump’s Orange Prolapse disdain

And then there’s Marjorie Taylor Greene
What a massive fart
A regrettable shart
How did Georgia manage to incur
Such a horrible cunt in a wet dream,

An insurrection but who is to blame, boy?
Donald Trump’s Orange Prolapse disdain

Have A Cigar
Pink Floyd

Come in here, dear boy, have a cigar
You're gonna go far, you're gonna fly high
You're never gonna die
You're gonna make it if you try
They're gonna love you

Well, I've always had a deep respect
And I mean that most sincerely
The band is just fantastic
That is really what I think
Oh by the way, which one's Pink?

And did we tell you the name of the game, boy?
We call it Riding the Gravy Train

Everybody else is just green
Have you seen the chart?
It's a hell of a start
It could be made into a monster
If we all pull together as a team

And did we tell you the name of the game, boy?
We call it Riding the Gravy Train 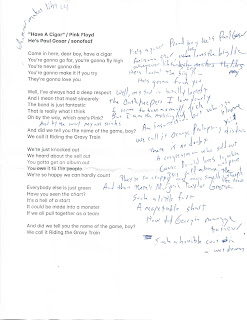 We scored free tickets to Brit Floyd's show at Stage AE (8-15-21).  But our concert comeback was delayed because Mason forgot her vaccine passport.  So we just listened from outside.

Please do not share this information with Paul Gosar (R-AZ).