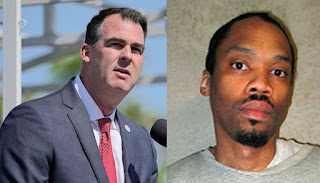 At the last possible hour, and after a tremendous amount of prayer and reflection (and direct consultation with the Lord of course), Stitt granted clemency to Julius Jones.  Life in prison with no chance of parole.

Jones is a black man whose been on death row for over 20 years.  He has maintained his innocence from the start.  I guess the optics weren't looking particularly good for Stitt. 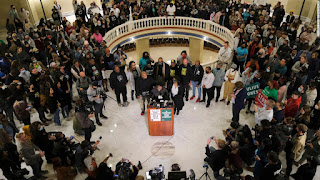 
Too Legit To Quit
MC Hammer

Hey, I guess you gotta pray just to make it today.

This constitutes my 4th parody of Kevin Stitt.  I'll likely give him the fifth and then call it quits.

Please do not share this material with Governor Kevin Stitt (R-OK) and/or friends and family members of Julius Jones.