Minnesota Vikings running back Dalvin Cook is following in the "purple footsteps" of former Baltimore Ravens running back Ray Rice.  After last week's gripping overtime loss to the Ravens (34-31), Cook traveled back in time and took out his frustration on his now ex-girlfriend.  He's a purple people beater!  Could have been worse though.  She could have been crush asphyxiated in a Houston Texan stampede.

Gracelyn Trimble has accused him of assault, battery, and false imprisonment.  Pain and suffering, mental anguish, humiliation, and injuries which include a concussion, lacerations, bruising, and scarring.

U Got The Look
Prince

U walked in (I walked in)
I woke up (U woke up)
I never seen a pretty girl look so tough' baby (baby)
U got that look, yes U do (yes U do)
Color U peach and black
Color me takin' aback, baby
Crucial, I think I wantcha 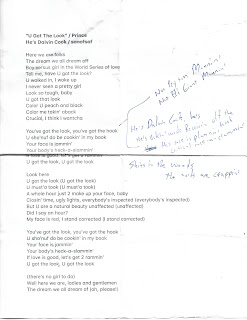 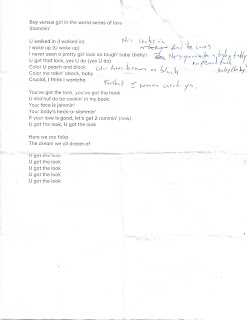 Favorite Prince songs?  Too many to mention.  But just off the top of my head... Let's Go Crazy, Take Me With You (extended version), Purple Rain, America, and The Beautiful Ones.

We learned of Prince's untimely death just after eating lunch with Jessarooni in Lil' Warshington at The Upper Crust 5 years ago.  Sucked!  We ended up there after a failed attempt to find a decent place that served chicken and waffles.  One day we will sample The Coop on the North Side, a relatively new eatery on E. Ohio St.  Until then...

Please do not share this material with Minnesota Vikings running back Dalvin Cook.