These days, space travel is all the rage!  Kinda like Tik Tok and that Twit Twat shit.

Here's my idea.  Our planet, our globe if you will, should encourage washed up B-list celebrities to engage in fierce competition.

To exit the world!

And space travel's his game!

You know, like on Celebrity Apprentice.  Trump could "launch" a space TV reality series.  Cyndi Lauper with her psoriasis or psoriatic arthritis or plaque attack or whatever?  Meatloaf... whatever the fuck that is?  Omarosa... with all of her Trump beefs?  Seriously the list is endless.

And each year, the season finale would culminate with the Orange Prolapse being shot into space.

He goes up and everyone cheers.

Then he returns.  And everyone boos.

I generally like the concept.  But that's just me. 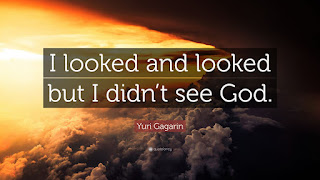 "I Sucked And Fucked Stormy D. In The Cunt" *
sonofsaf


"I looked and looked but I didn't see God."
Yuri Gagarin

(Speaking about, in 1961, becoming the first human to enter space.)

As you may have discerned, I have a love/hate relationship with alliteration.  It makes you sound intelligent, but at the same time, it's super-obnoxious and ultra-fucking annoying.

* - Truth be told, I doubt Trump would ever perform oral sex.