Mocking a man for having a stroke?

Sounds like a dubious political strategy for a TV celebrity physician. 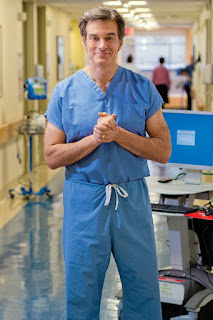 Then again, this is Dr. Oz!  The Turkish carpetbagger.  Is it any coincidence that Turkey is known for its authentic rugs?  Hell, even his mentor Oprah Winfrey wants nothing to do with him.

Dark money should throw up a fictional commercial of him riding around on a flying carpet.  In Altoona, Jim Thorpe, Intercourse, etc.  Steppenwolf style!

From what I understand, Oz is seriously considering a proposal for a "miscarriage investigatory police force" or "MIPF."  You know, to better determine if impoverished poor pregnant women had any role in the deliberate "killing" of their unborn children.  For the time being, he's been laying low.  But if Mehmet actually gets elected, rest assured, it's gonna get super-embryonic all up in 'dat Congress.  Hey!  Crudite!

GOP will be eatin’
Eatin’ crudite

GOP will be eatin’
Eatin’ crudite

If everybody had an ocean
Across the U.S.A.
Then everybody'd be surfin'
Like California
You'd seem 'em wearing their baggies
Huarachi sandals too
A bushy bushy blond hairdo
Surfin' U.S.A.

We'll all be planning out a route
We're gonna take real soon
We're waxing down our surfboards
We can't wait for June
We'll all be gone for the summer
We're on surfari to stay
Tell the teacher we're surfin'
Surfin' U.S.A. 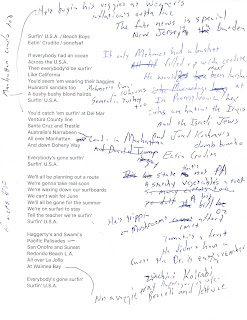 My favorite Beach Boys tune hands down.  This is my second parody of Surfin' U.S.A.

A couple months ago I penned "Fuckin' Hamadeh."  #1282.  Regarding the Orange Prolapse endorsed Abe Hamadeh.  He's running for Attorney General in Arizona.