Pretty much sums it up. 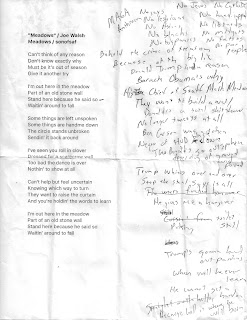 Since 1973, Joe Walsh has played the Burgh solo an impressive 11 times.  And there's also his Eagles performances (15 times).

Please do not share this material with former Chief of Staff Mark Meadows and/or former President Donald J. Trump.