I rarely write parodies about Cunt Dump.  That's my pet name for Ivanka.

Hey, not much out there rhymes with "Ivanka Kushner."

However, in the light of her mother Ivana Trump's unexpected passing at age 73, I thought I'd give it a shot. 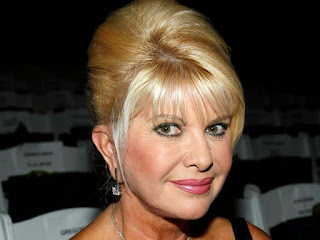 It has been reported that she was found unresponsive at the bottom of a staircase in her apartment on the Upper East side of New York City.

Vanka has been committin' crimes, do me a favor
Swamp ass is wetter than his daughter who’s a fake Jew
All a show just sayin’ he’s a liar
Let’s kill some cops coup d’etat denier, Vanka!

She makes me sick such a blunder Jew she’s fucking him
That Jared is a weenie and she’s suckin’ him
Gonna blow an orgasm if he fakes it
Butt then he’ll fuck with the Viagra bullshit, Donald

Maybe, morning wood, she’ll suck it on the double
She will fuck you, in the ass with a strap-on too
There’s no excuse!  The Donald is your master
Trump’s cock says, “Blow!”  Daughter-wife is slurping faster, Vanka!

Leah, it's been a long, long time, you're such a savior
You're lookin' better than a body has a right to
Don't you know we're playin' with the fire?
But we can stop this burnin' desire, Leah!

I see your lips and I wonder who's been kissin' them
I never knew how badly I was missin' them
We both know we're never going to make it
But when we touch, we never have to fake it, Leah!

Baby, it's no good, we're just askin' for trouble
I can touch you, but I don't know how to love you
It ain't no use! We're headed for disaster
Our minds said, "No!" But our hearts were talkin' faster, Leah! 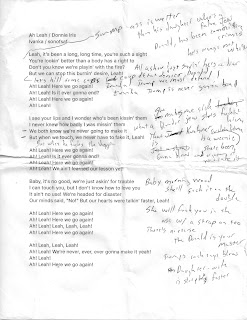 According to setlist.fm, from 1981 to 2022, Donnie Iris (real name Dominic Lerace of nearby Elwood City, PA) has played the Burgh a grand total of 29 times.  That number consists of major venues.  Although, I'm pretty sure his total number of gigs around the Pittsburgh region ranges somewhere in the realm of infinite.

I vaguely remember seeing him play at one of those Star Lake "regional round-up band bashes," but cannot say with absolute certainty.

Please do not share this material with Ivanka Kushner and/or former President Donald J. Trump.