One of several House members who begged the Orange Prolapse for a pardon regarding their prominent role in perpetuating 2020 election fraud. 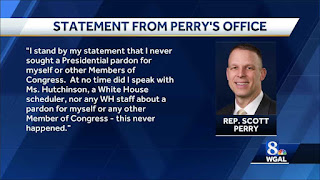 Scott Perry (R-PA) learned a lot from the Orange Prolapse.  That being, you can go on Fox News and lie at-will.  But if you're in a court of law or testifying before Congress, it's just not as easy.  Things tend to be a little more complicated when you're under oath... bitch.

Perry is just one of at least 6 other fringe Republicans who requested pardons. 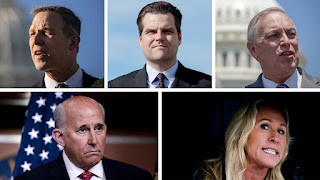 At least he's in good company I suppose.  Not pictured: Mo " Today is the day American patriots start taking down names and kicking ass" Brooks.  He was disposed of by fellow 'Bama Republicunt Katie Britt.

Scott Perry Will Fuck You
sonofsaf


The Very Thought Of You
Rod Stewart 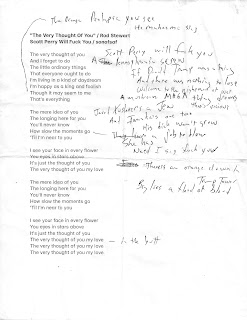 Don't care much for this song.  A little too "croony" for my tastes.

Since 1971, Rod Stewart has ventured to the Burgh an impressive 20 times.  Only seen him once.

He makes his relatively triumphant return on Wednesday, September 7, 2022 at PPG Paints Arena.  It's the day after the final 2022 primary election cycle.   It's also the day after I intend to self-publish my 10th book.  So it's also probably the day we'll get "surprise" visit from... well, take your pick (cops, DHS, FBI, Secret Service, who knows... the governmental sky's the limit).

Please do not share this material with Scott Perry (R-PA) and/or former President Donald J. Trump.