Russell Fry will take on Democratic candidate Daryl Scott for the House seat in the 7th District of South Carolina. 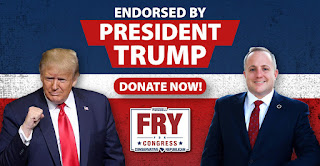 Fuck Trump when he seeks, to screw you
Stop the steal endeavor, does annoy
Last name Cohen first name Michael
Insurrection’s time to kill the cops
He’d fill the bribes for an election
Fill himself forever to the top
Stormy D. fucked in the rear
She’s learning how to get paid and bought

Two jumps in a week, I bet you
Think that's pretty clever, don't you, boy
Flying on your motorcycle
Watching all the ground beneath you drop
You'd kill yourself for recognition
Kill yourself to never, ever stop
You broke another mirror
You're turning into something you are not 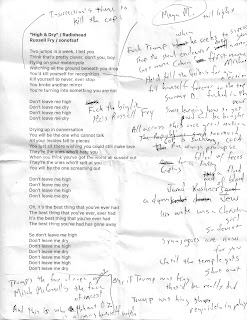 I always like the sentimental Entourage plane takeoff scene with Ari and Vince.  Funny how the show's Executive Producer was Mark Wahlberg.  Guess who's at PPG tonight?  Yep, NKOTB.  I saw Danny Wood getting on his tour bus outside the Fairmont Hotel this afternoon.  Did I verbally engage him or ask for a picture?  Uh, no.

Please do not share this material with Russell Fry and/or former President Donald J. Trump.