Arizona's 9th District?  I know it well.  Tempe, parts of Phoenix, a lil bit o' South Scottsdale, some Mormonic Mesa, friends of Chandler Bing, and so on and so forth. 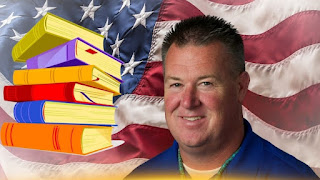 You gotta love how this Southwest Trumper meathead thinks... that by stacking a bunch of cartoon law books, it'll make him appear to be an intellectual.  As if the Old Glory background wasn't enough.

#FakeBooks.  Not to be confused with #FakeBoobs.

Reminds me of when the Orange Prolapse started putting folders and paperwork all over his desk... you know, to give the allure of a perpetual work ethic.

Me so Trumpy!  Me fuck you short time!

Vodka and steaks there’s no regret.
The golden toilet your shit is the best.
Donald Trump’s double chin
Hoping for sudden death

Murder at your every foot step.
A child's toy sudden death.
Sniper blazes you thru your knees
Falling down can you feel the heat,
Burn!

Ambushed by the spray of lead
Count the bullet holes in your head.
Offspring sent out to cry,
Living mandatory suicide.
Suicide. [x4]

Fly swatter stakes drive through your chest.
Spikes impale you as you're forced off the crest.
Soldier of misfortune
Hunting with bated breath. 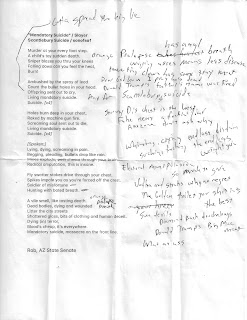 Please do not share this material with Rob Scantlebury and/or former President Donald J. Trump.