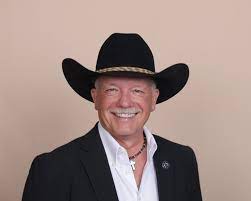 Cowboy hats on Fox are all the rage.

I'd like to see a "cowboy hat night" on Fox.  Put 'em on everyone.  Sean Hannity, Fucker Carlson, Jeanine Pirro, Jared Kushner, Sidney Powell, even the Orange Prolapse himself!

Donald lied, didn’t win
He’ll abuse the system
Bad in the sack, yeah, he’s orange and old
Fuck should be in prison

Slip n' slide, push it in
Bitch sure got the rhythm
I'm holding back, yeah, I got control
Hooked into her system

Don't draw the line
Honey, I ain't through with you
The harder the better
Let's do it 'til we're black and blue

Well, you never know when love will come
Gotta get it while you got it
A little bit of everything, even when it hurts
Sure feels good

Don't draw the line
Honey, I ain't through with you
The harder the better
Let's do it 'til we're black and blue

Don't draw the line
Honey, I ain't through with you
The harder the better
We'll do it 'til we're black and blue 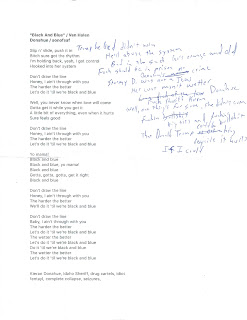 A catchy tune I suppose... that ranks somewhere between lame and moronically pathetic.

The infamous "return of David Lee Roth" show at Mellon Arena back in 2008 was quite possibly one of the worst concerts I've ever witnessed.  Just a sheer embarrassment.  I took a crew up in the limo.  One of the guys, whose name rhymes with "Mean Yawners," told me "it was the greatest night of his adult life."  I looked at him, deadpan, square in the eye and said... "You gotta be fucking kidding me!  That concert was the dumbest moment of my adult life."

All of them wanted to go to the South Side after the concert.  But I told them no dice.  And explained how I didn't like taking the limo over there (traffic, drunken imbeciles, narrow streets, etc.).  We compromised and ended up hitting a bar in Steubenville.  They all looked at me with a degree of confusion and consternation as I sat at the bar and drank my scotch.  I dumped them off at their vehicles around 2 am.  Alright, everyone get the fuck out!

Needless to say, they didn't tip me.  Can't say I blame 'em.

Please do not share this material with Kieran Donahue and/or former President Donald J. Trump.