So who gets the 2022 Orange Prolapse of the Year Award.  Let's be honest here.  There are just sooo many pieces of shit to choose from. 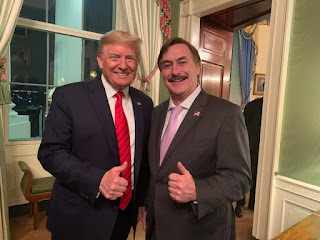 But any serious turd-oriented list would have to include the Minnesota My Pillow Fuck... Mike Lindell.  He often speaks at those Trump "Save America" rallies.  He'll be appearing in Prescott Valley, AZ this Friday.  He's always relegated to the opening act.  Talks openly about how he used to be a crackhead.  But then discovered Jesus Christ and started selling the best pillows in the history of sheets and bedding.  Then he fell in love with the Orange Prolapse.  And the rest is history.  What a compelling narrative!

Hey, Jared’s a Jew
Fucked Ivanka did her harm
She blows because she’s a whore

Angel of darkness is upon you
Stuck a needle in your arm
So take another toke, have a blow for your nose
One more drink fool, will drown you
Ooooh that smell
Can't you smell that smell
Ooooh that smell
The smell of death surrounds you

Hey, you're a fool you
Stick them needles in your arm
I know I been there before 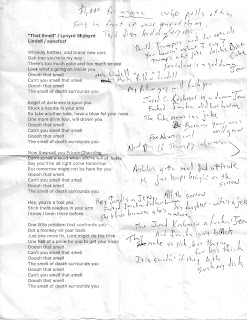 Great scene from Blow.  Such a solid movie.

I will say one thing.  It gave me a new appreciation for Pee Wee Herman.

From 1975 to 2018, Lynyrd Skynyrd has played the Burgh a grand total of 30 times.  Impressive.  Surprisingly, I've never seen them live.  However, I have scalped a few of their concerts.  This one time, they showed up at Star Lake with Hank Williams Jr. back in the late 90's.  The parking lot was a total drunken bloodbath.  Never seen so many arrests for fighting and public intox.  Probably the most violent lot scene in the history of Star Lake.

Please do not share this material with Mike Lindell and/or former President Donald J. Trump.