Pillen will now face off against Carol Blood (D) to be the next Cornhusker Governor. 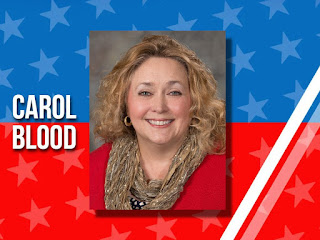 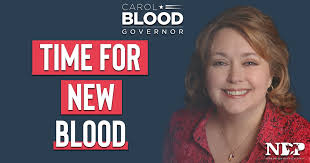 Ugh.  That's about as weak as it is predictable.

Hey, it's Nebraska for cryin' out loud.  Give those Cornfuckers what they really want... a flood of blood.

Fetus we are not killin’ in the womb it be chillin’
Abortion is my witness, hey that baby is a kickin’
Trump ain’t that thin so deranged and likes yo money
Some think he’s a cunt White House venue wasn’t funny
He’s gonna tempt fate, take you for a ride
What a fucking baby, pure scum never leaves you satisfied.
The Donald cried "Waahh," riled up for an attack
Restore the border was his order, big lies, Big Mac
He’s Jim Pillen

The winner, we hate him, his soul’s bereft
He is faulty, no stutter and hooked on meth
Now Trump is full of bullshit God damn he’s fucking rude
When Stormy Daniels peed shit was gettin’ kinda crude
He’s Jim Pillen

You Be Illin'
Run DMC

(One) day when I was chillin' in Kentucky Fried Chicken
Just mindin' my business, eatin' food and finger lickin'
This dude walked in lookin' strange and kind of funny
Went up to the front with a menu and his money
He didn't walk straight, kind of side to side
He asked this old lady, "Yo, yo, um...is this Kentucky Fried?"
The lady said "Yeah", smiled and he smiled back
He gave a quarter and his order, small fries, Big Mac!
You be illin'

(To)day you won a ticket to see Doctor J
Front row seat (in free!) no pay
Radio in hand, snacks by feet
Game's about to start, you kickin' popcorn to the beat
You finally wake up, Doc's gone to town
Round his back, through the hoop, then you scream "Touchdown!"
You be illin'

The other day around the way I seen you illin' at a party
Drunk as skunk you illin' punk and in your left hand was Bacardi
You went up to this fly girl and said "Yo, yo, can I get this dance?"
She smelt your breath and then she left you standin' in your illin'
stance
You be illin'

(For) dinner, you ate it, there is none left
It was salty, with butter and it was def
You proceeded to eat it cos you was in the mood
But holmes you did not read it was a can of dog food!
You be illin' Love it or hate it, their collaboration with Aerosmith was a game changer.  Great video.

I wrote this parody a few months ago.  But it had some glitches.  So I finally got around to transcribing it.  Hit it Saf!

Please do not share this material with Jim Pillen (R-NE) and/or former President Donald J. Trump.