Just what Congress needs.  Another old white man from Kentucky. 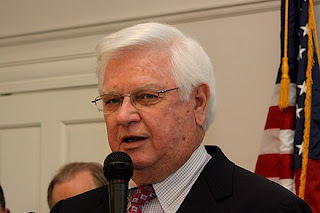 Hal Rogers has served in the House of Representatives since 1981.  That's 21 consecutive terms.

Naturally, Rogers "earned" an endorsement from the Orange Prolapse.

Truth be told, Rogers is not morbidly obese.  My other viable option was to title this song "Hal Rogers, The Cunt."  I went with my second choice "Fat Fuck" because it lent itself to the McDonald's-inspired closing sentiment.

Big lie fraud, coup was so wild
Stormy D’s tits defiled
The Orange Prolapse fought load of crap
Asshole’s wrong schmear of the pap
MAGA is red so’s the big lie
Right to choose is what you deny
Bad turn going to hell
It’s all just a game of show and tell

Spare the rod, spoil the child
Daddy's boy's been too wild
His discipline's taught with a strap
No sweet song on father's lap
He always said that men don't cry
But burns and bruises seldom lie
Dad learned his lesson well
Spitting image of a man in hell

Now do you feel like your life is on hold?
Maybe you've come to the end of your road
Admitting your sins may be your sacrifice
To stop all this pain to your son and your wife 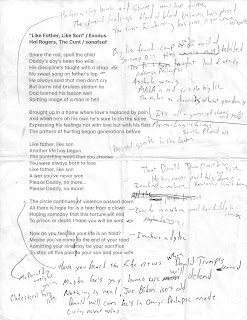 Great tune. Pure Exodus.  We just saw them at Stage AE.  We were on the edge of the pit... and got what we deserved.  Some metal fuck slammed into me leading to a human cascade effect.  Mason hit the floor but quickly rebounded.  Suffice to say, we decided to take up a new position a little further from the action.

Please do not share this material with Hal Rogers (R-KY) and/or former President Donald J. Trump.