The Trump administration's most underrated story of tabloid vengeance was, and still is, Melania Trump vs. Stormy Daniels.  Hell, they both called each other "hookers."  Can't get much better than that.  Daniels would eventually fire back "you sold your pussy and your soul."

I happen to agree.  Melania presumably sold both... for what she thought was rock'n'roll. 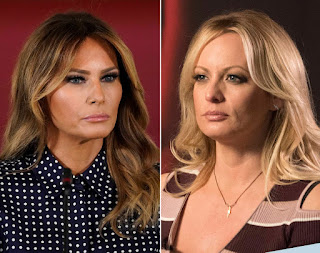 For it was Donald Trump!  (a/k/a the Orange Prolapse).  He is/was the true whore!

Donald Trump is fucking gay
Stormy said he’s a bad lay
Jesus Christ do not ask why
So fucked up, Ivanka’s thighs

Waiting for the break of day
Searching for something to say
Flashing lights against the sky
Giving up, I close my eyes

Should I try to do some more?
Twenty five or six to four
Oh yeah 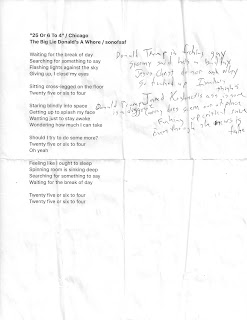 However, we did see the opening act --- Brian Wilson (Beach Boys).  Mark Madden too for that matter.  Didn't speak with either of 'em. 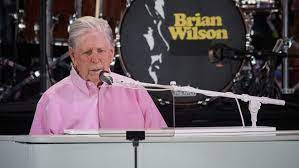 Gotta be honest here.  He kinda had this Weekend at Bernie's, er uh, weekend at Brian's thing goin' on.  Borderline catatonic.  Though I must say, the rest of the band didn't miss a beat.  The Beach Boys are the most prolific touring band in the history of rock'n'roll.

Chicago has been around the block as well.  By my count, they've been to the Burgh 38 times.  Impressive.

Back in the day, I remember scalping a few of their Star Lake shows.  Not sure if I ever entered the venue for any of 'em.  And to this day... that lack of knowledge still plagues the deep recesses of my cerebellum.