Trump resumes his "I won the 2020 election" tour with a return to Arizona this Saturday.  It was rigged.  I was robbed.  They cheated.  They stole it. 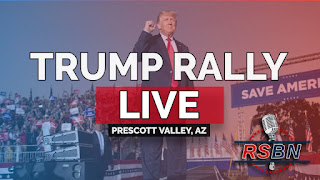 If history is any indication, he'll predictably be pushing the big lie to a mammoth crowd of a few thousand at the Findlay Toyota Center in Prescott Valley.  About an hour north of Phoenix.

While some swing state Republican candidates are trying to distance themselves from the Orange Prolapse, others seem more desperate to kiss the bulge.  Such is the case with the Arizona slate.  Kari Lake, Abe Hamadeh, Mark Finchum, and 35 year old Blake Masters who's running for U.S. Senate. 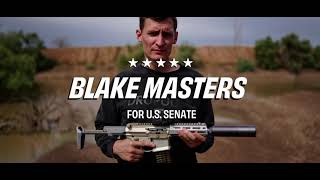 All of them are really embracing Trump's brand of "horseshit/bullshit" with a renewed sense of love, deception, greed, lust... and unbridled enthusiasm.  Hey, that may help them in a far right Republican primary, but these are the traits that will inevitably lead to their collective downfall in the general.

Out go the lights
In goes my knife
Pull out his life
Consider that bastard dead
Get on your knees
Please beg me, please
You're the king of the sleaze
Don't you try to rape me 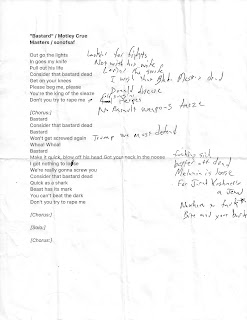 The 80's metal caravan is in Cleveland tonight at First Energy Stadium (rescheduled from like 3 years ago).  I'd be tempted if they weren't coming 'round deez parts.  The triple threat (Crue, Poison, & Def Leppard) comes to the Burgh on August 2 at PNC Park.

Please do not share this material with Blake Masters and/or former President Donald J. Trump.