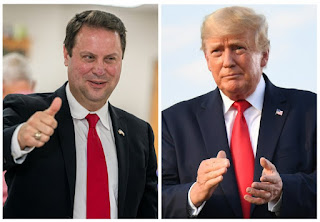 Votes are still be counted on the Democratic side. 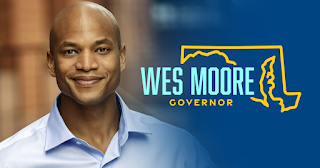 But it looks as though Wes Moore (writer, veteran, entrepreneur) will be his opponent come November.  #SmallCox #MoreMoore

A fuckin’ retard his daughter fucks you
Her husband Kushner’s a fucking Jew
God damn cock blocking asshole for you
Yo “Maryland Rocks!”
Yeah “Daniel Cox!”

Cleveland Rocks
Presidents Of The United States Of America 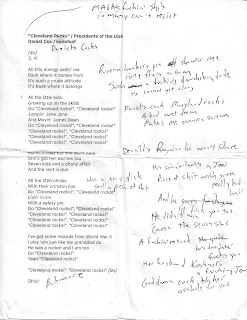 Back in the summer of 2015, Mason and I spent an afternoon at the Rock'n'Roll Hall of Fame and later hit an MMJ show.  Well worth the visit.  I suggested to their museum curator that he should make a request to the general public.  For music lovers and concert goers to bequeath or donate their ticket stubs.  They could digitize everything, or at a bare minimum, make a giant collage of some sort.  How cool would that be?  Consider all of the extensive ticket stub collections that basically just end up being stored in an attic, or even worse, getting tossed in the trash.  Not on my watch!

The museum curator was pleasant.  But in all honesty, he didn't give a shit.  Seemed more concerned about eating his lunch, which if memory serves me correct, was a baked potato from Wendy's.

I hate wireless tix almost as much as I despise the cell phones they're "on."

Presidents Of The United States Of America:

Presidents Of The United States of America:

Please do not share this material with Daniel Cox and/or former President Donald J. Trump.