Everyday, during my 5 mile walk through downtown Pixburgh, I often encounter a pile of shit.  Usually dog, occasionally horse, sometimes human.  Regardless, there's one constant to the universe.  Excrement. 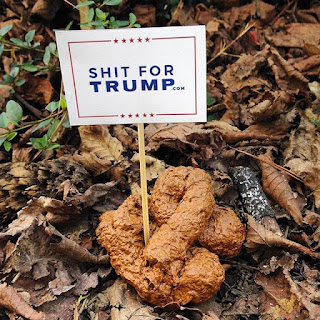 Anyway, Mason and I saw Roger Waters last night at PPG Paints Arena.  He opened his tour in the Burgh. 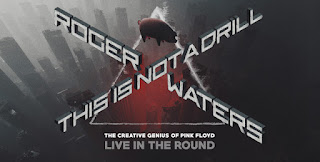 Butt... back to the piles of shit.  I have a bunch of these miniature, blank toothpick flags.  So I'm going to summon the spirit of Roger Waters and start labeling them accordingly.  I'll size up each pile of excrement and plant my own flag.  Jared Kushner, Sidney Powell, Marjorie Taylor Greene, Clarence Thomas, anybody the Orange Prolapse endorses, etc.  Whomever I choose will primarily be grounded in the national news.  Perhaps local.  Today it'll probably be Lindsey Graham who's trying to cowardly duck a subpoena from the Fulton County, Georgia District Attorney "Fabulous" Fani Willis. (There used to be a restaurant in downtown Wheeling called "Fabulous Fanny's.)

I'll be using my P-Touch Brother label maker.  You know, to give it a sense of dignity and professionalism.

TRUMP on one side.  Targeted individual on the other side.

Who knows?  Maybe others will join this exciting new project --- "Operation Shitshow."

And he is not terribly fit
Big Macs, fire and fury
Go to hell, yeah yeah

Do you oppose that fat ass queer
And if so, just who would care
Trump's pretending to be strong

I'm a little tired of it
And you're a little weary
I can tell, yeah yeah

Do you suppose that they've been here?
I don't know, but I've been there
Do you want to come along? 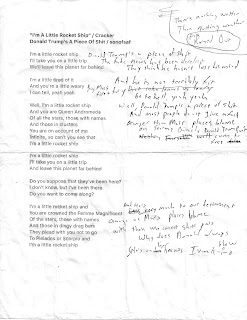 For as long as Cracker has been around, you'd think there'd be some decent live performance clips on youtube.  Think again.