A few days ago, the Orange Prolapse endorsed an incumbent Congressman from Michigan's 7th district.

And that Republicunt is Tim Walberg.

Congressman Tim Walberg is a tireless advocate for the wonderful people of Michigan!

Tim is fighting to Secure the Border, Hold Big Tech Accountable, and Restore American Energy Independence.  He is working hard to Deliver Education Solutions for our Children, Support our Military and Veterans, Defend the under siege Second Amendment, and Stop the Trafficking of Opioids into our Communities. Tim is a strong Crime Fighter who adores our Police. 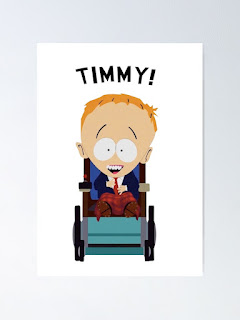 But Tim Walberg (R-MI) isn't even fit to hold Timmy's jock.  Let alone serve in the U.S. House of Representatives.  Walberg's biggest claim to fame was repeatedly trying to impeach Obama over the birtherism nonsense.

Speaking of birth, I'd like to see a "71 year old retroactive abortion" take place.  Preferably with a coat hanger.

A dick to dismember just because I’m bored
Tiniest meat disgrace there’s no need for a sword
His name’s Tim Walberg, he’s the face of fake news
Hey, “Time for a self-sacrifice.  Time for his bitch ass to lose.”

He wears a zoot suit with a reet pleat
Drives a '36 Cord with a rumble seat
Now he's a Lord, he's a jitterbug
Scare the letters off a highway sign

He drinks beer and eats beanies
Chases it down with ol' Thunderbird wine
Carries brass knuckles and a .44
Runs a loan shark business and a Mary Jane store

One day in September he stepped out of his Cord
Into the street to face a bullet spittin' Ford
Now he's jitterbug, just a name in the news
Said, "He finally paid the price. He finally paid his dues." 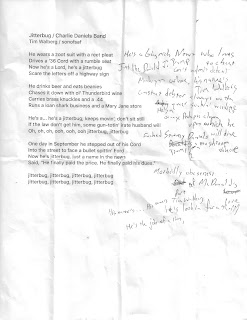 Gotta love the one-handed keyboard/piano player.  A step-up from Def Leppard's one-armed drummer I suppose.  Truth be told, this parody is pretty weak.  Admittedly a bit of a stretch.  I just couldn't find anything that rhymes with Tim Walberg.

Please do not share this material with Tim Walberg (R-MI) and/or former President Donald J. Trump.