Cole's merely adhering to the Mitch McConnell playbook.  Hey, why bother making a difficult decision, when it can be made for you in advance?  Republican politicians shouldn't have to be bothered with the time consuming task of weighing pros and cons.  They're too busy raising money and kissing the ass of the Orange Prolapse.

Thomas Cole Has No Regrets
sonofsaf 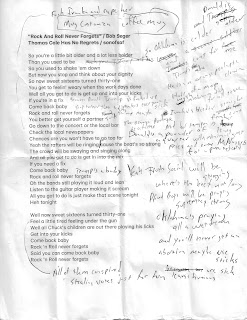 Glad I got see Bob Seger before he retired.  Hey, better late than never.  Kinda surprised he's never played the Super Bowl halftime show.  Then again, he'd probably think the melodrama of it all would be silly and embarrassing.  Not to mention obnoxious.  Just a hunch.

Please do not share this material with Tom Cole (R-OK) and/or former President Donald J. Trump.