I cordially invite anyone participating in a fall 5K... to print out my parody verison of "The Final Countdown"... and sing along accordingly. 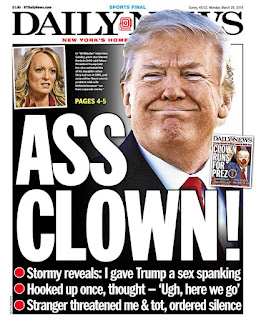 Ivanka is wetter,
Her cunt it does smell.
The shit from her ass crack
Is worse, can’t you tell?

On the tits of Stormy he came.
Trump is a clown (is a clown).
Trump’s asshole stinks 'cause of the weight gain.

We're leaving together,
But still it's farewell.
And maybe we'll come back
To earth, who can tell?

We're heading for Venus (Venus).
And still we stand tall.
'Cause maybe they've seen us.
And welcome us all, yeah.

With so many light years to go
And things to be found (to be found)
I'm sure that we'll all miss her so.

It's the final countdown. 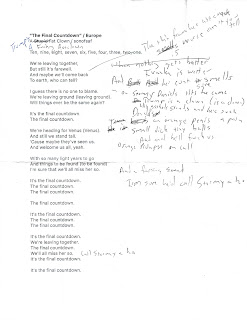 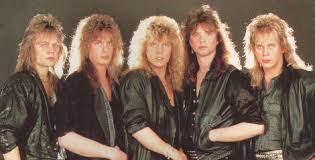 Why do I get the impression that all of their pubes resemble their haircuts.

Europe has never been to Pittsburgh.  Go figure.

This is always a staple song at every 5K.  Along with "Beat It" and the Chariots of Fire instrumental.

Oh yeah, and "Hey Ya" by Outkast.  And come to think about it, that ungodly Blues Traveler tune... "Why you wanna give me the run around."  God damn how I hate that song.  It's the equivalent of annoyingly incessant pestilence.