Since the removal of Robert E. Lee's statue in Richmond could technically be considered an act of revisionist history, I'm going to include this one in the Big Lie 100. 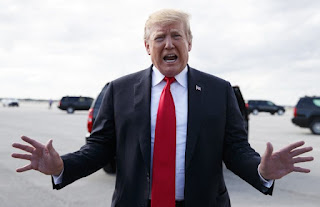 Just watched as a massive crane took down the magnificent and very famous statue of “Robert E. Lee On His Horse” in Richmond, Virginia. It has long been recognized as a beautiful piece of bronze sculpture. To add insult to injury, those who support this “taking” now plan to cut it into three pieces, and throw this work of art into storage prior to its complete desecration.

Robert E. Lee is considered by many Generals to be the greatest strategist of them all. President Lincoln wanted him to command the North, in which case the war would have been over in one day. Robert E. Lee instead chose the other side because of his great love of Virginia, and except for Gettysburg, would have won the war. He should be remembered as perhaps the greatest unifying force after the war was over, ardent in his resolve to bring the North and South together through many means of reconciliation and imploring his soldiers to do their duty in becoming good citizens of this Country.

Our culture is being destroyed and our history and heritage, both good and bad, are being extinguished by the Radical Left, and we can’t let that happen! If only we had Robert E. Lee to command our troops in Afghanistan, that disaster would have ended in a complete and total victory many years ago. What an embarrassment we are suffering because we don’t have the genius of a Robert E. Lee! 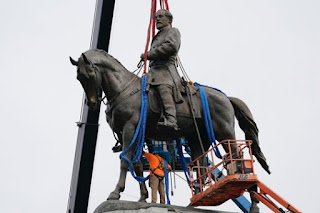 Not to toot the horn of my 2016 Subaru Impreza but... beep fuckin' beep!  I can't even remotely fathom any sane human being attempting a parody of King Diamond's "Tea."  You gotta love the "raw daylight vibe" from this appearance in Stockholm, Sweden.  It's a hella King Diamond matinee performance.

So it turns out that Trump’s gay but he still wants to fight
Donald came his wife is a whore
Kiss the ring, kiss it my queer
Jared Kushner’s a Jew and loves the prolapse l’orange
Eee General E. Lee, Eee we must defend

All of the others will resent
He’ll lead the sheep to a nursing home
And I hereby do declare, a wop’s better than a Jew
As he wears a MAGA hat and is dressed to impress
Trump does not seek votes from coons, time has come to take a stand
Eee General E. Lee, Eee whom we must defend

Trump was coughing his nose filled with snot
When it’s in his ass
Just you wait and you will fucking see, that’s how we
Make pornography

Confederacy and independence
You shall heed all of our cries
He is Robert E. Lee, the racist one to love
A wet dream much like the Melania whore
A statue of Lee cut in pieces of three
He’ll be back just wait and see
Eee General E. Lee, Eee whom we must defend

On the following Friday as I turned out the light
Grandma' came and knocked at my door
Wake up king, wake up my dear
I am gonna show you about the house of Amon
Ooh it is time for tea, ooh it's time again

Even Your mother is present
We made her sleep in my rocking chair
At first I felt really scared but there was no reason to
As I saw the knife sneaking out from grandmother's dress
Then it cut a tiny wound in my mother's little hand
Ooh it is time for tea, ooh it is time again

Blood was running into the tea pot,
Then I heard them laugh
A bit of this in a cup of tea, is what it
Takes to set them free

Hearing their stories and feeling their warmth
We laughed with tears in our eyes
From the first cup of tea, to the last drop of blood
Nothing seemed to matter at all anymore
My Mother but she didn't exist to me
Oh I felt so heavenly
Ooh it is time for tea, ooh it is time again 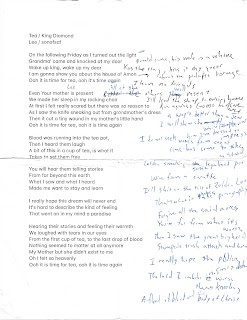 This parody was, for the most part, was an insurmountable bitch.  But Trump's post about how General Robert E. Lee, if he had commanded the North, that the Civil War would've only lasted a single day (except for Gettysburg)... well, that helped see me through.  And the notion that if Robert E. Lee was still alive, his "genius" would have advanced the U.S. to complete and total victory in Afghanistan.  Not even sure what that means.

I sometimes wonder who writes or edits those longer, official Trump statements.  The whole thing's actually kinda vexing.  Because it requires someone who's relatively educated but is still willing to wholly embrace the unvarnished, anti-provincial Trumpian lingo.  And of course the glorification of absolute, utter stupidity.

Gotta be honest here.  Ironically, having analyzed Trump's twitter feed for the past five years, I'm pretty sure I could pull it off.  Not sure what that says about me or my "skills to pay the bills."

Please do not share this material with former President Donald J. Trump and/or any descendants of General Robert E. Lee.